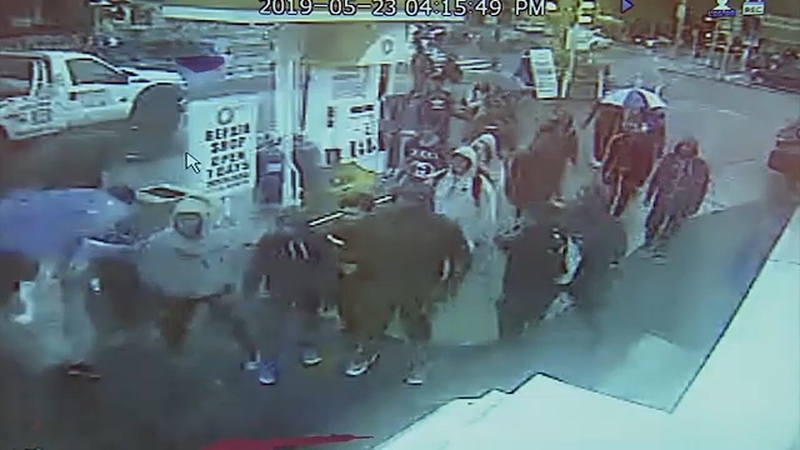 OAKLAND GARDENS, Queens (WABC) -- The BP gas station on Union Turnpike in Oakland Gardens is an old-fashioned service station where you can get gas and have your car fixed, too.

Shortly after school got out on Thursday, a crowd formed outside the station - students from two nearby high schools were fighting each other.

In the middle of that, one girl was pepper-sprayed. She and her two friends came into the store for protection. However, the brawl outside was just getting started, and soon they started to attack the station.

One person was hit with a metal pipe in the head. Other workers sprayed the students with a hose, and they backed away, but only for a moment.

A couple minutes later, they charged back. A student armed with a two by four, and another picked up a pole. After a while, the students started to retreat, perhaps because they finally heard the siren of a single police car.

One 16-year-old student was arrested and charged with assault. It is not clear if police plan to protect the service station any better in the future.