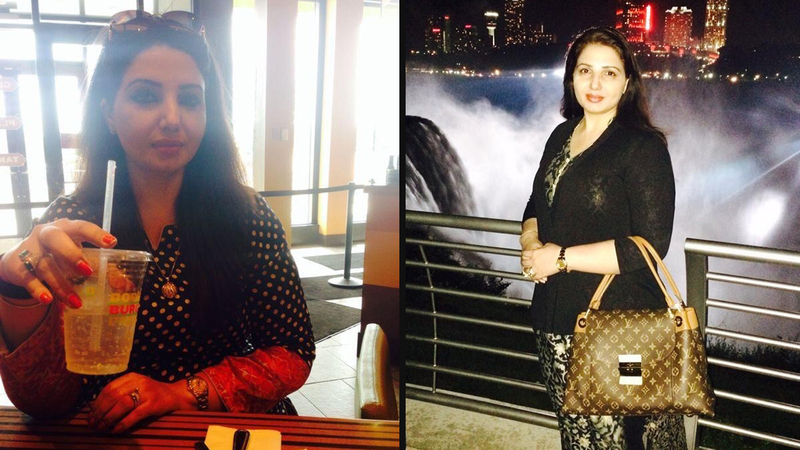 OAKLAND GARDENS, Queens (WABC) -- A 47-year-old mother from Queens is fighting for her life after she was struck by a hit-and-run driver Tuesday night.

Nabeela Aziz was crossing the street with her family at the intersection of 223rd Place and 64th Avenue in Oakland Gardens around 11 p.m. when she was struck by a white SUV, possibly a Dodge Durango.

The victim was rushed to North Shore University Hospital in Manhasset, where she remains in critical condition.

Aziz' son, Tamoor Tariq, says that Aziz is currently unconscious and suffering from internal bleeding in her brain.

"I feel bad, she didn't deserve this," he said. "There is brain damage. They can't say what extent of the damages in the brain, because of a lot of bleeding."

According to Tariq, Aziz underwent surgery just three months prior to the accident to remove a tumor from her stomach.

Tariq expressed concern that the hit-and-run might cause complications in Aziz' recovery from the procedure.

Aziz was walking with Tariq's father and sister at the time of the incident.

Upon receiving a phone call from his father, Tariq ran to the scene of the accident to find his mother bleeding from her head and ear.

"I was mad, I was angry, I was shouting at the cops," he said. "I couldn't control my emotions. I just wanted them to get her to the hospital as fast as they could."

The search continues for the driver, last seen heading westbound on 64th Avenue.

"It seems inhumane that someone would hit someone and not even stop to see if they're OK and run away," Tariq said.