Priest wounded after being hit by stray bullet in South Ozone Park, Queens 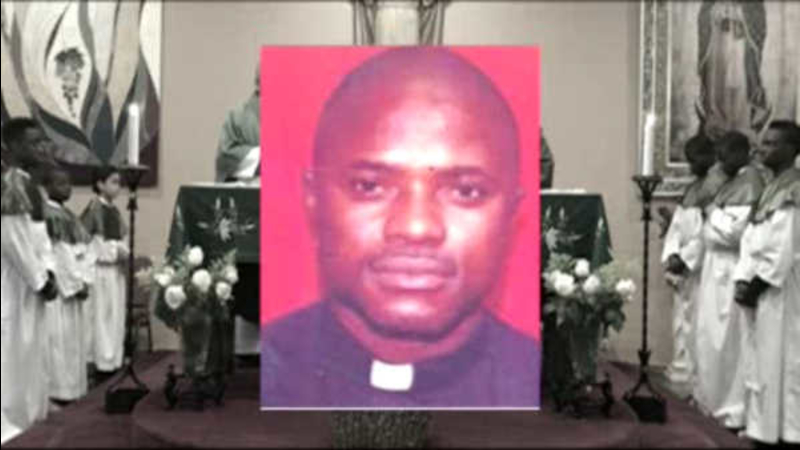 JAMAICA, Queens (WABC) -- Police say a priest walking on a Queens street was struck and wounded by a stray bullet early Sunday.

The shooting happened at 12:18 a.m. near 134th Avenue and Rockaway Boulevard in Jamaica.

#nypd detectives @ a church in #Bronx to speak w priest who says he was hit w a stray bullet. More @ 6 @ABC7NY pic.twitter.com/tVj5ZrjQnM

49-year-old Father Ekete, who has been with the Church of the Holy Spirit in Morris Heights for five years, was on his way home after visiting friends and was waiting for a cab when he heard shots and felt a sudden sharp pain to his right arm.

He was not the intended target of the gunfire, police say.

After being hit, Father Ekete ran into Saint Clement Pope Church, and said he was a priest and needed help. They called 911, and Ekete was taken to Jamaica Hospital with non-life threatening injuries. He was later treated and released.

Investigators say the suspect likely fled in a gray vehicle. Police believe the shooting may have all stemmed from an argument that reportedly broke out at a deli, not far from where the victim was standing.

Those who know Father Ekete say they hope to see him back at the altar soon.

"I feel sorry for him, I love him - he's a very gentle man. I go every day for the mass early in the morning. He's so nice - he's so sweet," says parishioner Velgica Alvarez.

Police are reviewing surveillance footage from the area to look for more clues into the shooting.