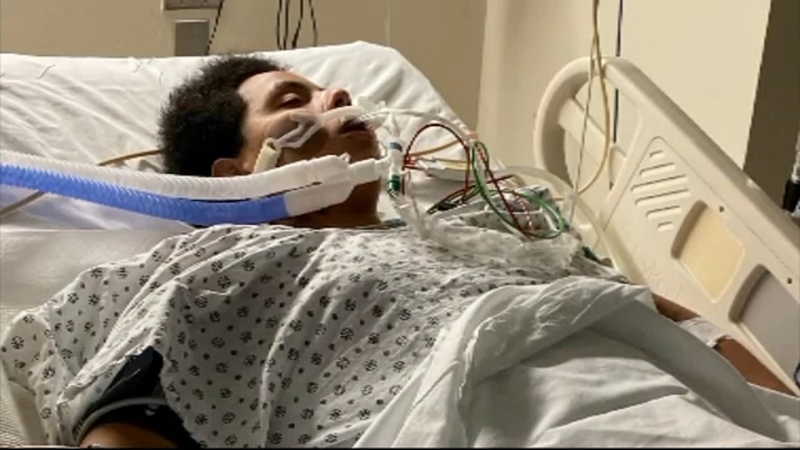 ELMHURST, Queens (WABC) -- A teenager from Queens is fighting for his life after police say he was stabbed several times, for unknown reasons as he walked home.

Victor Reyes Sr. is heartbroken to see his 15-year-old son fighting for his life - just two days after Christmas he was brutally attacked.

"He was stabbed underneath his arm and three times in the back. His left lung is punctured, and if they would've stabbed him more, he would've died, but thank God he is recovering," Reyes, Sr. said.

The teen is now breathing on his own and is stable, but what happened is truly troubling to his father. Reyes, Jr. was rushed to Elmhurst Hospital after he was stabbed multiple times Friday just before 6:30 in front of a Rite Aid on Myrtle Avenue while walking home with a friend.

"He just got back from hanging out with his sister, and then this happened when he came back," his father said.

His father describes him as a good kid, who stays out of trouble. So who would want to hurt him and why?

Police confirm they are working on the case, but no one has been arrested.