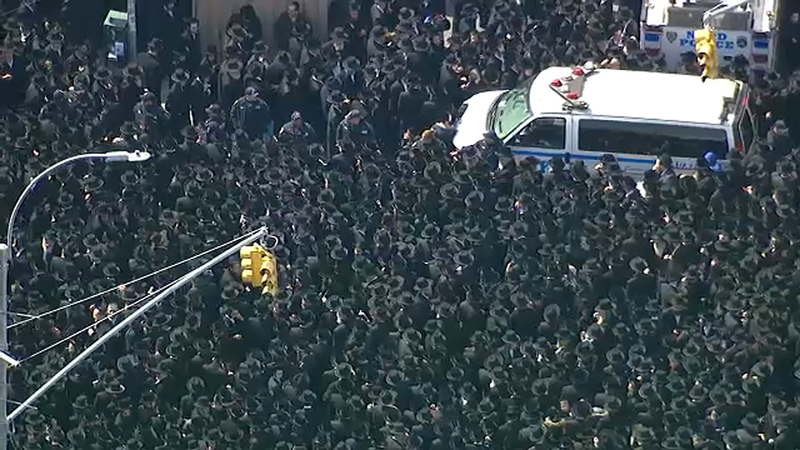 BOROUGH PARK, Brooklyn (WABC) -- Tens of thousands of people crowded streets in Brooklyn Tuesday for the funeral of a grand rabbi, and two NYPD officers were hurt in the process.

Officers were trying to control the massive crowd during the procession from 52nd to 61st streets and 12th to 16th avenues in Borough Park, with some estimating as many as 100,000 mourners in attendance.

Rabbi Yisroel Avrohom Portugal died at Johns Hopkins Hospital in Baltimore, surrounded by his family, on Monday. He was 95. 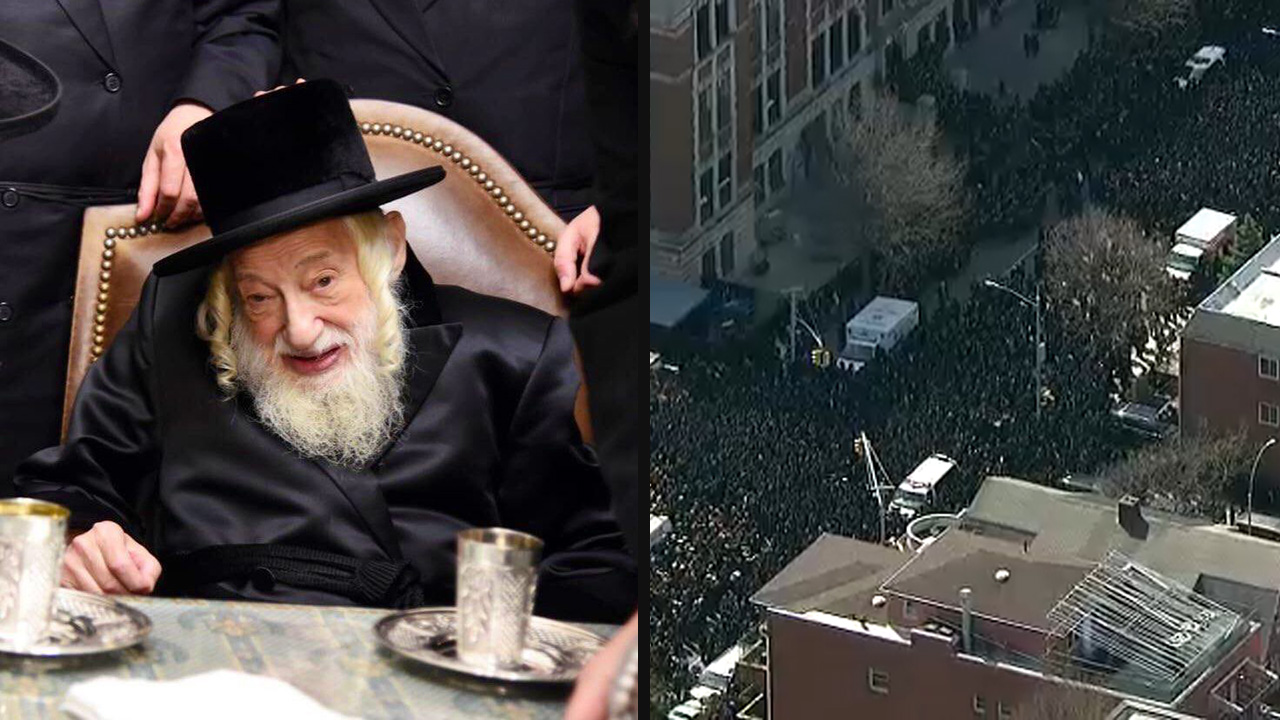 Funeral services were held at Skulener Bais Medrash followed by the procession and burial.

The rabbi came to the United States in the 1960s after surviving Nazi death camps and was a mainstay in Borough Park and Williamsburg for decades.

He was admitted to Johns Hopkins in February.

An NYPD officer suffered a leg injury after struck by one of the cars in the funeral procession.

The officer was transported to Lutheran Hospital with what appeared to be non-life threatening injuries, possibly a broken ankle.

The second officer was struck in the head by a drone apparently being used by a person attending the services.

The drone operator, 36-year-old Yehiel Rosenfeld is charged with reckless endangerment after losing control of the device. He reportedly told police he was trying to land the drone on a roof, but it instead fell to the ground.

That officer was not seriously injured.