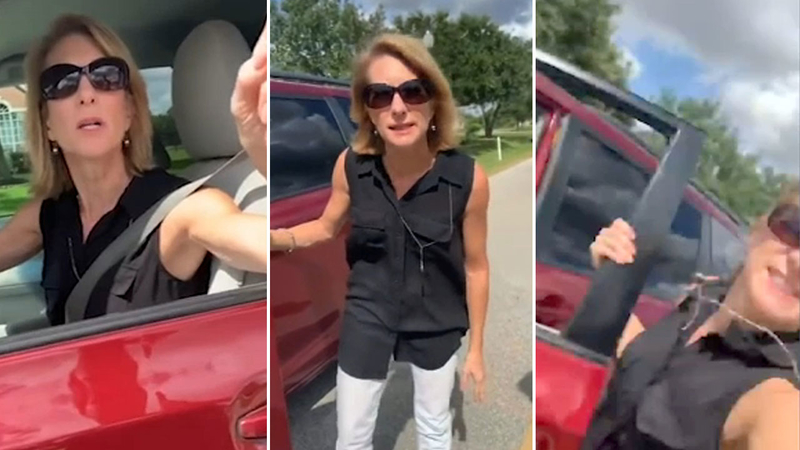 FORT BEND COUNTY, Texas -- A road incident confrontation going viral. The teens who were recording said they decided to post the controversial exchange on all of their social media platforms for one reason.

"I wanted to let everyone see what I went through," said Anam Butt. "I want them to know that this does happen."

Anam said the video went dark because the woman tried to take her cell phone away.

This all apparently happened after Butt and her brother Aaraan said they passed the woman on the road because she was driving under the speed limit.

"Right after I passed her up, that's when the tailgating happened," Aaraan said.

The brother said he decided to pull over to let her pass him, but instead, he says the woman pulled up behind them.

The teens say they got out of the car to ask her why she was tailgating and say they began recording after the woman got loud.

ABC13 tracked down the woman in the video, later identified as Debbie Pate. She released the following statement:

"It is most bizarre that 2 teens would get out of a car with cameras ready after driving like maniacs only to continue their behaviors in a more contrived method for a few moments of fame. There is no racism, only a noted sense of unhappiness being here."

The siblings say they have since filed a police report with the Fort Bend County Sheriff's Office.

Anam said the woman tried to wrestle the phone out of her hands, and she scratched her in the process.

Both teens said they have never experienced an incident like that and are now afraid and uncomfortable in their new neighborhood.

"My stomach just feels sick to talk about it," said Aaraan. "Just because you are a different color, a different religion, this doesn't make you Un-American ever," said Anam.