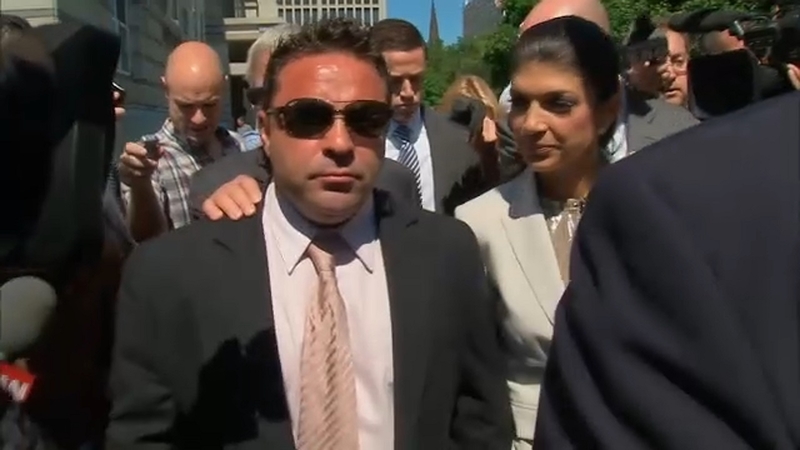 NEW JERSEY -- The husband of a "Real Housewives of New Jersey" star can go to Italy while he fights deportation efforts.

A court in Philadelphia on Thursday lifted a stay in Joe Giudice's case. That paves the way for him to soon return to the country of his birth.

Even though Giudice opposes his deportation, he asked the court last month to allow him to relocate to Italy during the fight.

Giudice and his wife, Teresa, pleaded guilty in 2014 to financial fraud. Teresa Giudice served her sentence first and was released in December 2015.

Joe Giudice has been held by immigration officials since he completed his 41-month prison term. A judge ruled in October that he would be deported upon completion of his sentence.

Giudice has said he came to the U.S. as an infant and wasn't aware he wasn't an American citizen.