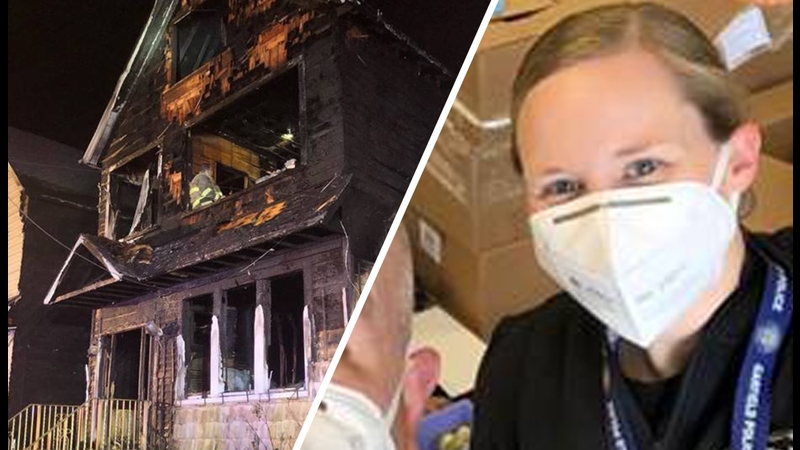 GARFIELD, New Jersey (WABC) -- A New Jersey police department is asking for donations after one of its officers lost her car, her home, and everything inside in a massive fire.

Flames broke out at the home on Van Winkle Avenue in Garfield shortly before 8 p.m. Saturday.

Firefighters' response went to four alarms after the flames spread to a second house.

Video on Twitter shows first responders at the scene of the large fire.

New Jersey Trains on the Bergen County Line were suspended for about an hour during the fire, but have since resumed.

On Facebook, the Garfield Police Department said the home of Police officer Rebecca Schmidt was destroyed in the fire.

Thankfully, neither she nor anyone in her family was hurt, however, the family's pet cat was killed.

Police said Schmidt has been giving back to her community since before she was a police officer.

As a high school student, she was as a volunteer EMT and since becoming an officer she has spent hours volunteering with the department's Community Affairs division and other city organizations.

They're asking the community to give back to someone who has given so much to them.

Police are urging anyone who is feeling generous to make a donation to officer Schmidt's family.

Donations can be made through to the Garfield P.B.A. on Venmo @GarfieldPBA-FoundationINC.