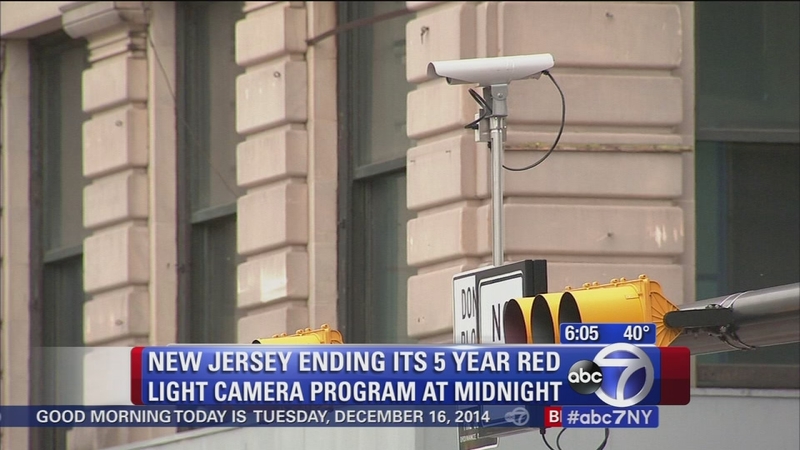 Red light camera experiment comes to an end in NJ

The five-year pilot program that began in 2009 and has operated in about two dozen New Jersey municipalities will end at midnight Wednesday.

Towns big and small have raked in millions of dollars in fines since the program began. Some busy intersections have produced more than 20,000 citations in a single year.

The program also has had its difficulties. A federal lawsuit resulted in refunds to hundreds of thousands of violators, and a computer glitch this year voided about 17,000 tickets.

The state in 2012 had to temporarily suspend dozens of the cameras over concerns that yellow lights weren't properly timed.

Supporters say the cameras have made roads safer, but opponents say the statistics show otherwise.

Legislation would be required to revive the cameras, and that is seen as unlikely since Republican Gov. Chris Christie has indicated he is leaning against renewing the program.

"It's clear that no matter what, it won't be extended in time to go beyond the termination date," said Democratic Assemblyman John Wisniewski, chairman of the transportation committee. "Whether in the next calendar year a bill can be introduced and approved and make its way to the governor's desk seems to be pretty long odds at this point."

New Jersey wouldn't be alone if it decides to scrap the experiment. According to the Insurance Institute for Highway Safety, a nonprofit research group, of the 540 cities and towns that were using red light cameras in 2012, more than 40 had dropped them as of this month.

About two dozen towns in New Jersey have installed the cameras under the Red Light Running (RLR) Automated Enforcement Program, beginning with Newark in 2009. Lawmakers' early criticisms that the cameras were being used as revenue-enhancers were given grist when the state Department of Transportation temporarily suspended dozens of the cameras in 2012 over concerns that yellow lights weren't timed so that drivers had sufficient time to brake safely.

Since then, a federal lawsuit settlement awarded partial refunds to nearly 500,000 violators, and this year a computer glitch voided more than 10,000 violation notices.

Republican Assemblyman Declan O'Scanlon, the camera program's chief critic, has contended that the cameras penalize people who are a fraction of a second late getting into an intersection - and who rarely cause accidents, he said - but don't address the drivers who cause most accidents at intersections by running red lights because they are distracted or daydreaming.

Statistics on the cameras abound and aren't conducive to simple conclusions. For instance, the state DOT's 2013 report found that while right-angle crashes decreased at some intersections, rear-end crashes increased. Similarly, the overall number of citations issued at two Newark intersections that were the first to get cameras decreased from 2011 to 2012, but some months in 2012 had higher numbers than corresponding months in 2011.

The report concluded that "it appears reasonable to conclude that RLR is a viable safety tool" at some locations but it was too early to draw conclusions about the whole program without more data.

Wisniewski conceded the program has had difficulties but said its aims are worthwhile.

"Running red lights is dangerous and getting people to change habits isn't easy," he said.