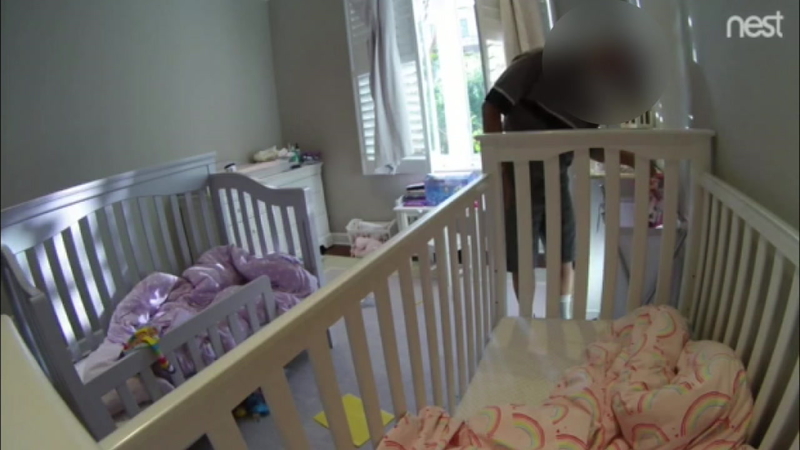 A repairman who was contracted to fix scratches in the floor can be seen rummaging through soiled clothing in the children's bedroom.

"I saw him put his hands in their hamper, pick up some of their clothes," Cooper said. "And at one point, I saw him on the video putting something in his pocket. It looked like it was my daughter's underwear."

On the video, the repairman goes back and forth from his work area to the opposite side of the room, where there the hamper was located. Cooper said the activity became more suspicious when the worker turned away from the camera and lifted the clothing toward his face.

"You see him turn back around put the underwear in the hamper," Cooper said. "And before he does that, you see what looks like he is taking one last big breath in."

Cooper and his family had just moved into the home, and the security camera was activated only an hour before the worker arrived. Cooper was home at the time.

The worker had been contracted by the moving company to fix any floor or furniture damaged during the move.

Eyewitness News attempted to contact the worker, but so far, we have not received a response. Cooper said he was able to reach him and confront him about the video.

Cooper filed a report with LAPD, though it's uncertain whether any crime was committed except perhaps the theft of a pair of underwear.

More important to Cooper is if the worker has a criminal record.

"From now, I can tell you that my wife and I will never let anybody else in this house without us standing by their side until they leave," he said.