Man rescued after plunging 25 feet down storm drain in Queens 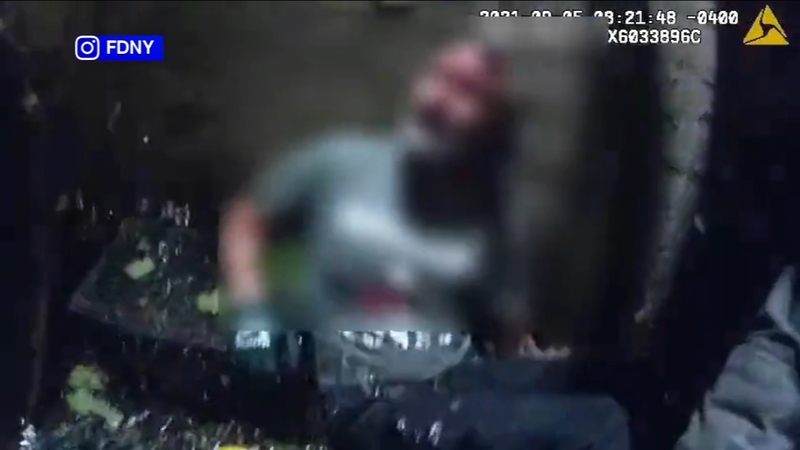 Man rescued after falling into storm drain in Queens

WHITESTONE, Queens (WABC) -- A joint rescue between police and firefighters took place Sunday after a man fell into a storm drain in Queens.

Officials say police responded around 8:05 a.m. to a man who fell in a storm drain near Cross Island Parkway and Whitestone Expressway.
EMBED More News Videos

NYPD holds a briefing to discuss the rescue of man who fell into storm drain in Queens.

They say they found the brother of victim on the scene, who reported that the 47-year-old man had fallen in the storm drain nearly 30 feet down.

According to police, there were no pedestrian walkways nearby. It's not clear how long he was stuck down there.

Members of ESU and FDNY were called to the scene to help the victim, who was in water. Police say hypothermia was a concern at the time of the rescue.

The first job for crews was to keep the man calm, but when he saw the crews coming into the drain to help, there was a sheer sigh of relief.

"As we got down there he was conscious, he was talking to us, he expressed pain in his ankle region," said Kenneth Logallo of the NYPD. "As soon as we got the equipment needed down there, we packaged him up and then the guys up top ... all the help was excellent."

Body cam footage captured the heroic rescue of man who fell nearly 30 feet down a storm drain in Queens.

Police say the man was rescued from the drain within 20 minutes. He suffered a cut to the forehead and a possible broken leg.

Officials say he was conscious and alert and is expected to survive.

He was taken to Boothe Memorial Hospital for treatment.