New law says NYPD officers must ID themselves, get written consent for searches 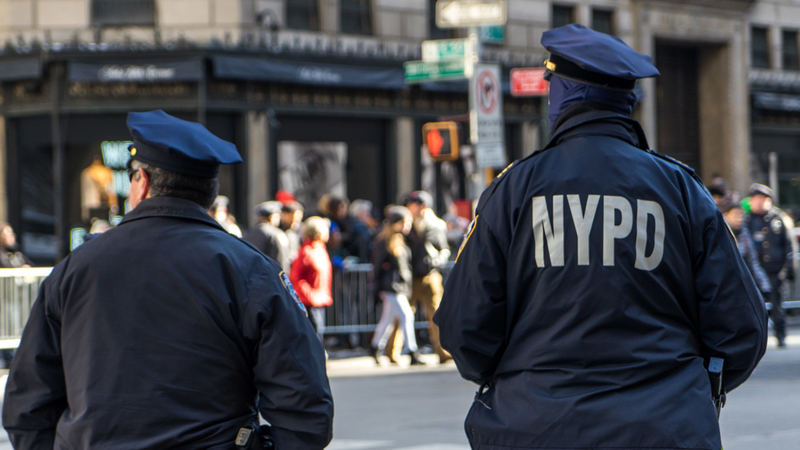 NEW YORK (WABC) -- The New York City Council approved the so-called 'The Right to Know Act ' -- which requires NYPD officers to identify themselves during non-emergency encounters.

The act, made up of two police reform bills, mandates that an officer must provide his or her name, rank and command. The officer also must hand out business cards when there is no arrest or summons.

Officers will also be required to get recorded audio or written consent -- before they search a person they stop without a legal basis.

The council voted 37-13 in favor of the bill during Tuesday's meeting.

The ACLU called the vote "common-sense reform" for the search/consent portion of the bill, but said the business card provision of the combined bill: "removed the majority of protections and added loopholes that fail to protect New Yorkers from police abuses in the most common forms of daily encounters."

The Police Benevolent Association called the legislation "harmful," adding that bills like this "discourage police officers from proactively addressing the threat of crime and terrorism."

Here is the full text of the two bills:

182-D, sponsored by Council Member Ritchie Torres, would require that all sworn police officers employed by the NYPD offer a business card to an individual and give reason for law enforcement activity (unless providing such information would impair a criminal investigation) in the following situations: 1. Non-custodial questioning of an individual suspected of criminal activity; 2. A pedestrian stop where an officer has reasonable suspicion that the person has committed, is committing, or is about to commit a crime and where such person does not feel free to leave; 3. A frisk; 4. Searches of persons, or property, including vehicles; 5. A roadblock or checkpoint stop, including DWI checkpoints, but excluding planned vehicle security checks at sensitive locations, street closures due to public events or emergencies; 6. Home searches; and 7. Investigatory questioning of victims or witnesses to a crime. If the individual is a minor the officer may offer the card to a responsible adult if present at the scene, and when questioning victims/witnesses to a crime, the assigned detective is required to offer a card. In addition, an officer shall offer a business card to any person requesting identifying information.

541-C, sponsored by Council Member Antonio Reynoso, would require the NYPD to develop and provide guidance to its officers with respect to obtaining voluntary, knowing, and intelligent consent prior to conducting a search that is based solely on an individual's consent. The guidance would specify conduct for: 1. Articulating, using plain and simple language, that the person is being asked to voluntarily, knowingly and intelligently consent to a search and explaining that such search will not be conducted if such person refuses to provide consent; 2. Secure the consent without threats or promises; 3. Affirm that the person understood what was being communicated; 4. Refrain from conducting the search if the person does not consent; and 5. Utilize interpretation services when communicating with a person with limited English proficiency.