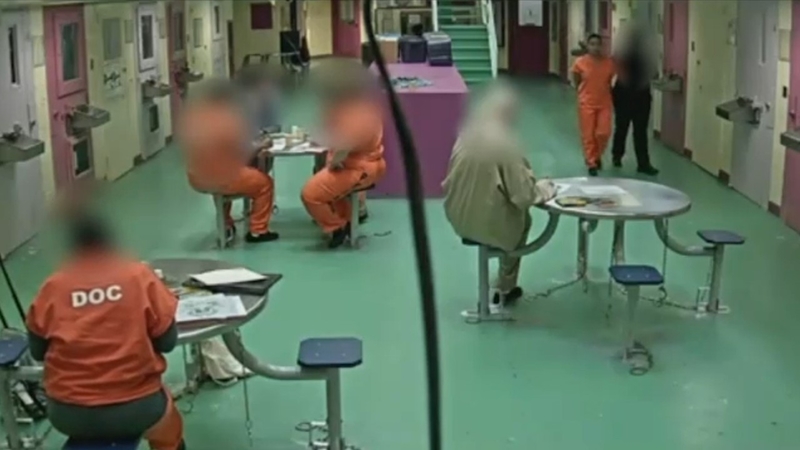 Mayor Bill de Blasio made the announcement on Friday, following the conclusion of an internal investigation.

Three officers and one captain will be suspended without pay immediately.

According to officials, the officers are being disciplined for failing to check on Polanco as required.

The death was investigated by the city's Department of Investigation and Bronx District Attorney, which concluded no charges would be filed against the officers.

The DOI then referred their findings to the Department of Correction for internal disciplinary action, which the city announced on Friday.

"These suspensions represent an egregious abuse of power that is unprecedented. Our members are being thrown under the bus when even the Bronx District Attorney found they did nothing wrong. If there is anyone who should be held responsible for the death of Layleen Polanco it's Commissioner Brann and her inept managers. We will vigorously fight these suspensions and refuse to allow this city to demonize correction officers. This is a disgrace!"

The Department of Correction found a 47-minute gap between tours of Polanco's housing area.

Inmates in solitary confinement are required to be checked on at least once every 15 minutes at irregular intervals.

"The death of Layleen Polanco was an incredibly painful moment for our city," Mayor de Blasio. "What happened to Layleen was absolutely unacceptable and it is critical that there is accountability."

The 27-year-old was arrested on April 16, 2019, for allegedly assaulting a cab driver in Harlem and having a controlled substance.

Polanco was jailed because she was unable to post $500 bail.

She was placed in solitary confinement for allegedly assaulting other inmates.

Polanco was discovered dead of complications of epilepsy.

Her family's lawyer says they welcome news of discipline, but until they know the who, what and how, there is no knowing how meaningful this announcement is.

No charges are being filed in the case.