Teen stuck in California sewage pipe for 13 hours speaks out 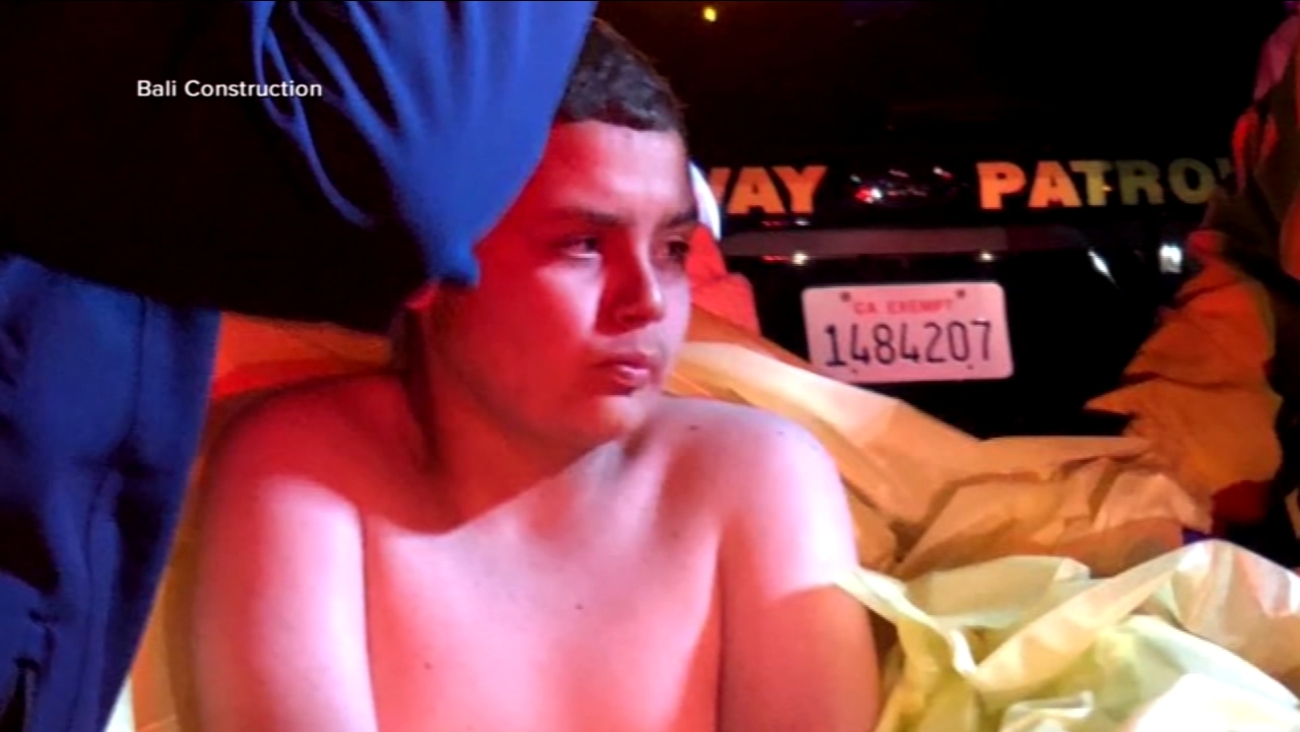 LOS ANGELES, California (WABC) -- A 13-year-old boy swimming in sewage for more than 12 hours after plunging 25 feet down a drain pipe in Southern California is speaking out after his heroic rescue.

"When I heard noises, I was screaming and whistling loud," Hernandez said. "I was thinking I would die."

It all started Sunday afternoon at a family Easter celebration. Hernandez and his friends wandered off to play at a decommissioned maintenance vent.

"I was playing, and I didn't see that it was a little piece of wood," Hernandez said. "I stepped on it, and I just fell down. And the current took me."

Police say Hernandez fell more than 25 feet, where he was trapped inside a complex system of 4-foot-wide underground pipes filled with toxic sewage. This all while he was getting hit with raw sewage rushing at 15 miles per hour.

"It's a miracle that he survived," Public Information Officer Erik Scott said. "It was overwhelming joy...As minutes go by, as hours go by, we know based on experience and training that a viable victim is becoming less and less possible."

Rescuers used specialized floating cameras to map out the underground maze. And then finally, there was a clue: Jesse had left behind hand prints, leading sanitation workers to a hatch 3,500 feet from where he fell in.

"I'm thankful for coming back with my family," Hernandez said.