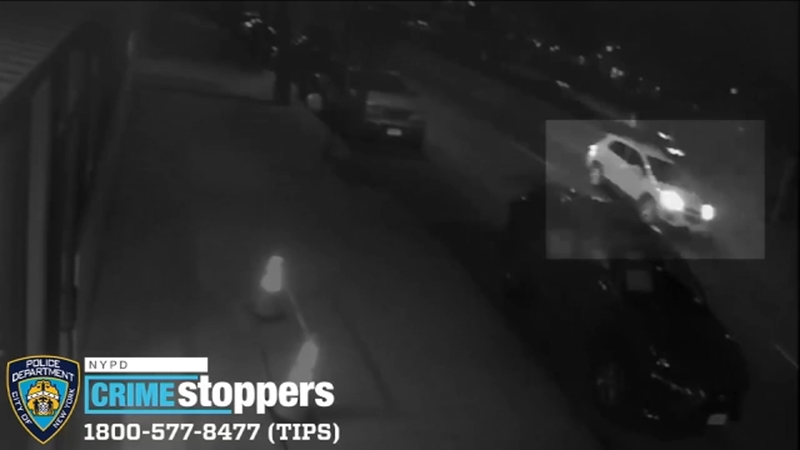 CASTLE HILL, Bronx (WABC) -- There is new video of the car wanted in a deadly road rage incident in the Bronx that killed deli delivery man.

Police say the car seen in surveillance video hit another car from behind near Castle Hill Avenue and Bruckner Boulevard in the Castle Hill section on Saturday just before midnight.

William Peralta-Diaz, 42, was the passenger in his girlfriend's car when they were hit from behind.

Police say Diaz and his girlfriend pulled over but were sprayed with mace by two or three male occupants of the other vehicle.

The woman was then punched in the face, while Diaz was stabbed in the thigh. He was later pronounced dead at Jacobi Hospital.

Glynnys Holguin says the people responsible for Peralta-Diaz's death has no heart.

The deli owner says Peralta-Diaz was her delivery man, and people in the neighborhood knew him as Rubio.

"In the short time he worked here he was good to everyone, a hard worker, very responsible," Holguin said.

The video released shows the vehicle involved driving eastbound on Bruckner Boulevard after the incident.