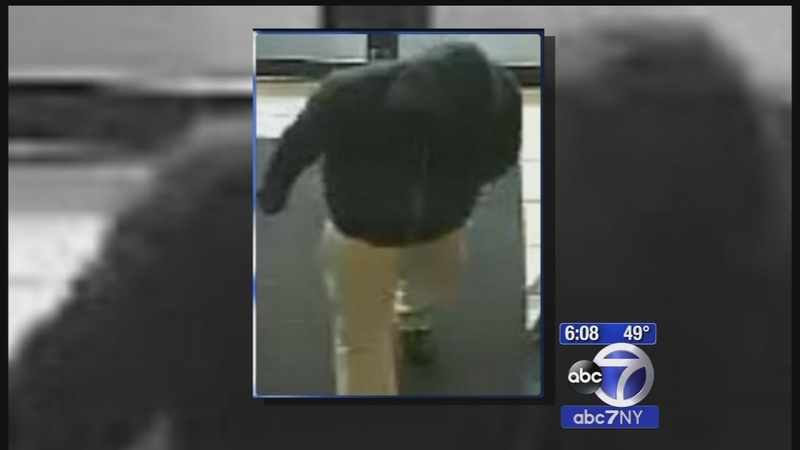 HUNTINGTON STATION, N.Y. (WABC) -- Suddenly staring down the barrel of a gun, two female employees at Beach Bum Tanning Salon in Huntington Station were rendered helpless by a serial robber around 8:30 Friday night.

According to police, the suspect forced the pair to the rear of the store where he tied them up, and with no other customers inside, managed to clear out the register before slipping away. Police believe the suspect is tied to at least a dozen other Long Island robberies stretching back to summer. Since August, several women's clothing stores have been targeted, and just a couple of weeks ago the Pier 1 Imports in Huntington Station was also hit in the same manner, with employees and customers forced to the back of the store and restrained, while one worker was forced to help the suspect open a safe.

The following robberies, which are also similar in nature, have occurred in Suffolk County this year:

The suspect typically wears a hat, hoodie or a scarf to conceal his face, and is described as between 5'10", an 6' tall with a medium build.

A $5000 cash reward is now being offered for any information leading to an arrest.