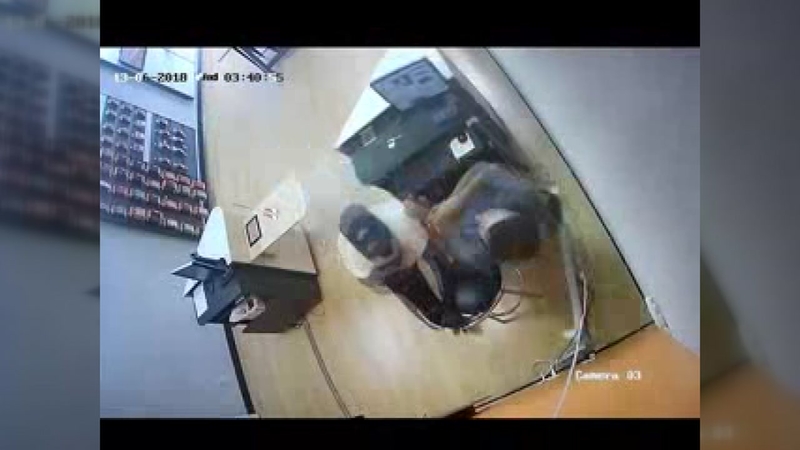 HOUSTON, Texas -- The Houston Police Department has released new video of a robbery suspect sucker punching a worker at a cell phone store.

Police said the employee allowed the suspect to come inside the store because he thought the man was a customer.

The suspect walked up to the employee and sucker punched him in the face, busting the victim's lip.

Police said the suspect forced the employee to open the cash drawer and give him money. The victim told police that the suspect also threatened to shoot him.

Police shared the video in hopes of finding the robber, who also left with a trash bag full of phones. He hopped in a white four-door vehicle with a woman acting as his accomplice.

The suspect is described as a black male his early to mid 20s, weighing between 200 to 250 pounds.

The woman in the getaway car is described as a black female between in her early to mid 20s.