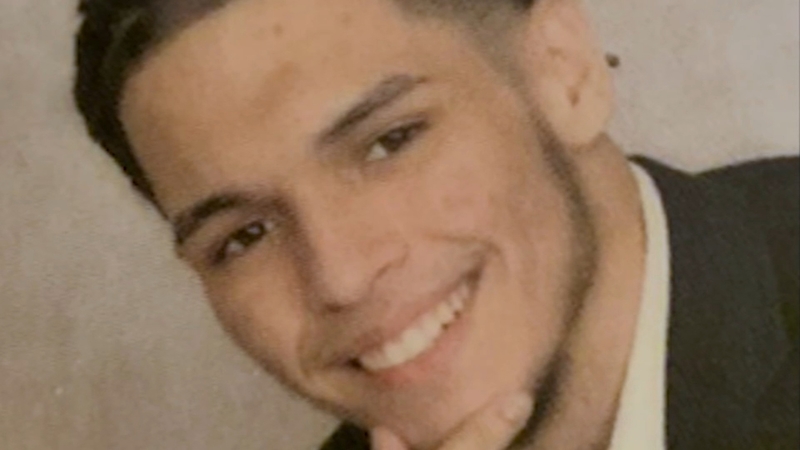 2 charged in murder of NJ honor student appear before judge

PATERSON, New Jersey (WABC) -- Two of the three teenagers facing murder charges in the death of an innocent 18-year-old honor student appeared before a judge in court Wednesday.

Robert Cuadra was gunned down by a stray bullet while carrying groceries to his grandmother's home on January 19.

The third suspect, 18-year-old Kahaz Heron, is due in court next week.

Jones faced the judge first in a virtual detention hearing and was ordered held without bail, after prosecutors showed surveillance footage of the shooting.

His attorney argued he had never been convicted of a crime and was a high school graduate who lived with his mom and brother and worked at Home Depot.

He said his client feeds the homeless, is peer tutor, and wanted a career in law enforcement. He asked for his release on home confinement, but the judge said there was probable cause to hold him, saying the video of the "Wild West shootout" was appalling with an innocent life taken.

Williams' hearing followed, and he was also held without bail.

His attorney argued there was no risk of danger to community and that his client had no criminal history, saying Williams has a child of his own and lives with his mother and younger siblings.

The judge, however, found probable cause to detain him as well, saying he feared for the safety of the community.

Both cases will now go to the Grand Jury.

A vigil celebrating Cuadra's life was held last week at the library where he went to school, with his classmates and school staff reflection on his short life.

Cuadra was remembered as a dedicated student at HARP Academy who cared for his family and friends, a hard-working, polite, humble and intelligent young man.

He was months away from attending his dream school, Montclair State University, on a full scholarship.

A wake is scheduled for Cuadra on Thursday, with a funeral Mass set for Friday

The Passaic County Prosecutor's Office asks anyone with additional information about the incident to call the tips line at 1-877-370-PCPO or tips@passaiccountynj.org or contact the Paterson Police Detective Bureau at 973-321-1120.