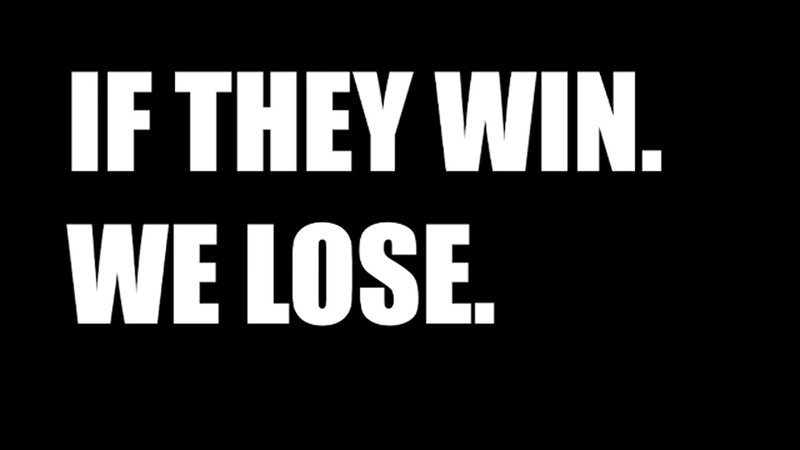 The three-minute clip centered around the hot-button issue of overdevelopment throughout Rockland County, but it specifically accused the Orthodox Jewish community of endangering "our homes, our communities, our schools and our way of life," saying, "If they win, we lose."

The video was taken down at the request of County Executive Ed Day, a Republican, who released the following statement:

"The video posted by the Rockland County Republican Party to their Facebook page has set a troubling tone for a necessary conversation about overdevelopment in our county. While the content of the video is factual, the tone and undercurrent is unacceptable. Having listened closely to the concerns raised by residents and community leaders, I have contacted GOP Chairman Lawrence Garvey to request its removal and he assured me that he will.

As I have demonstrated, I have a great deal of respect for our Jewish neighbors and want them to know that as their County Executive I will always stand up against hatred. That said, the concerns raised about overdevelopment are accurate, well-grounded and desperately need to be addressed, but this must be done in a way free of rhetoric and rancor."

The video accused Rockland County legislator Aron Wieder, a Democrat, of "plotting a takeover" in the upcoming November election.

"This was absolutely an anti-Semitic video," Wieder told Eyewitness News Thursday. "The imagery, the words, 'Us versus them.'"

Wieder said he has been critical of overdevelopment in the past, but he says the video crossed a line.

"When you try to paint an entire community about an issue, that is very concerning," he said. "That is anti-Semitism. That is bigotry."

"The video created and shared on social media by the Rockland County Republican Committee is not just disturbing, it is disgusting. This type of attack and incitement against the Hasidic community is the very definition of discrimination and anti-Semitism. I condemn it in the strongest possible terms.

There is no excuse for anti-Semitism masquerading as concerns over zoning or development. While this video has since been removed, its impact will still be felt by the members of the Jewish community targeted by their own neighbors. This video is the latest example of the politics of division and hate permeating the nation and it must be called out. Every single member of New York's GOP must openly denounce this hateful rhetoric immediately and make clear that we will not tolerate this despicable behavior.

In New York, we must continue to stand united and not let this hatred and rancor poison our nation."

"For those not living in Rockland, it is harder to see a real and unique problem that exists here," he said. "The people of Rockland have become desperate for attention to the problems facing our communities, and many live every day with the threat of losing their homes and neighborhoods. Anyone who dares speak up about overdevelopment, corruption, or education is immediately labeled as anti-Semitic without any concern for facts or without any idea of the true issues at hand."