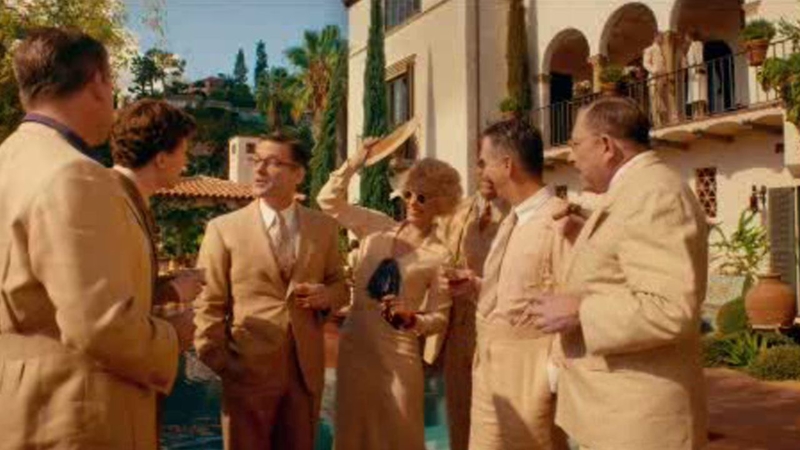 Allen, who wrote and directed the romantic dramedy, is heard but not seen in his latest film. And if you're looking for a contemporary story with a diverse cast, then "Cafe Society" isn't for you. But the story does have its charms.

Some might ask if we really need another Woody Allen story about an old man romancing a young woman? Probably not, but when it's part of a love triangle that also involves a character played by Jesse Eisenberg, the answer becomes a maybe.
Eisenberg's character, Bobby, doesn't want to work for his dad in the city, so he heads to Hollywood where his uncle, an agent, puts him to work.

Steve Carell plays a married guy who is in love with an assistant played by Kristin Stewart. She's attracted to the agent, which is not really plausible, and his nephew, which makes more sense.

What makes "Cafe Society" worth seeing is the magic made by the stars playing the young lovers, and Stewart is quite compelling in her latest role.

Blake Lively is another teen queen who is truly gifted, though her role as Bobby's wife is under-written. Yet she still manages to add to the movie, which is about the power of one's first love and how that can resonate throughout the rest of life.

You wish Woody Allen wouldn't feel the need to make a movie a year so that he could spend more time making each script great. However, his actors are so terrific in "Cafe Society" that they bring to the stage more than what's on his page. And because of that, his tale of lost love resonates.
Related topics:
arts & entertainmententertainmentmovie reviewlove trianglesandy kenyon
Copyright © 2022 WABC-TV. All Rights Reserved.
TOP STORIES
Fallen NYPD officer donates organs as final heroic act
2nd NYPD officer dies from injuries in Harlem shooting
Yolanda Vega retires from NY Lottery after 3 decades
16-year-old arrested in shooting death of New Rochelle student
AccuWeather: Back to bitter; Alert for Saturday
NYC shortening COVID quarantine, isolation periods for students
Judge grants stay in NY mask mandate case, keeping it in effect
Show More
Woman stabbed in leg inside NYC subway station following dispute
Apple CEO allegedly stalked by woman who showed up at house
Man denied heart transplant because he has not received COVID vaccine
90-year-old woman beaten in bed during NJ home invasion
Man shot during dispute in Jacobi Hospital waiting room
More TOP STORIES News