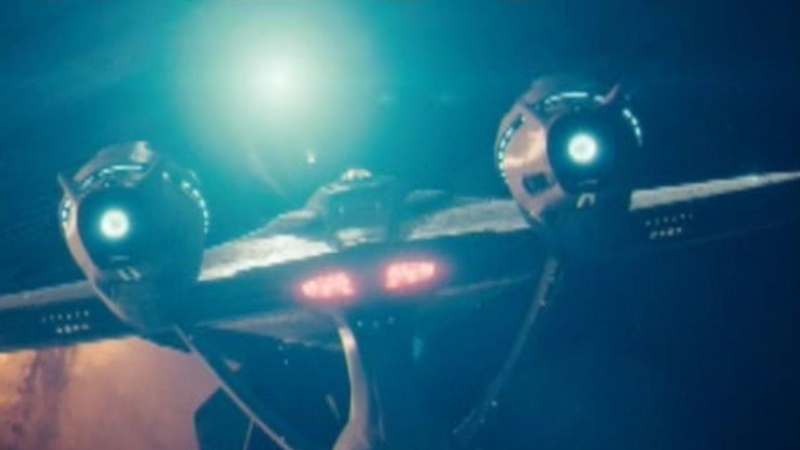 NEW YORK (WABC) -- Two big movies head into theaters this weekend, but is either worth your money? One continues the comedic journey in the ice age, while the other take you boldly where no man has gone before.

The cranky critics don't have much good to say about the fifth in the series of "Ice Age" movies, but a younger audience may enjoy the dinosaurs and story.

The film opens with hilarious collisions involving the goofy squirrel, Scrat, and the result causes a seismic shift that threatens all of the creatures so familiar from previous "Ice Age" movies.

The asteroid headed towards earth interrupts the plans of Manny, who is given voice by Ray Romano, and his wife Ellie, played by Queen Latifah, who are looking forward to the marriage of their daughter.

Buck's idea to save them involves powerful magnetic crystals, and he leads them on a journey where they meet various characters like the one played by Michael Strahan.

It's not as amazing as the first "Ice Age" movie, or even the last, but in a summer where so many sequels have failed, it is good enough to entertain your young kids.

"Star Trek Beyond" lives up to its name by trying to advance the story with a bold move -- which is destroying the famed Starship Enterprise in the first half hour of the new movie, splitting up the cast.

They must find their way back to each other on a hostile planet controlled by a villain played by an almost unrecognizable Idris Elba.

The death of Anton Yelchin after filming lends a poignancy to movie, and the passing of Leonard Nimoy is acknowledged in a way so beautiful it is almost worth seeing the film just for that.