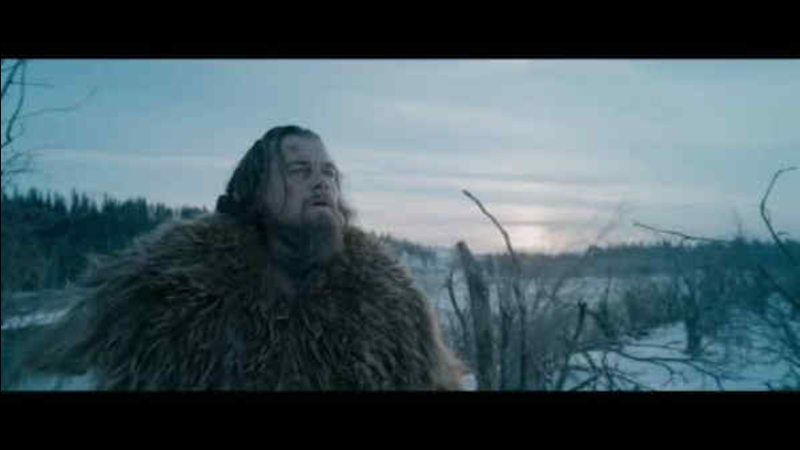 NEW YORK (WABC) -- Leonardo DiCaprio is back on the big screen this holiday weekend in Alejandro G. Inarritu's "The Revenant," and the star deserves an Oscar for taking on the role of Hugh Glass.

He is masterful as the real-life fur trapper who survived a bear mauling and then went to find the friends who left him in the unforgiving wilderness.

And if you take my word for it, then you won't have to endure film. Because watching him go for the gold from the comfort of your sofa is going to be a whole lot easier than sitting through his epic tale of survival.

In the early years of the 19th Century, frontier life is challenging, with bad weather and a hostile terrain.

After a bravura opening full of flashy filmmaking, Glass gets mauled and is left under the care of a dishonest man who takes money to look after him.

But Tom Hardy's character leaves him for dead, and his survival instinct is such that he becomes "The Revenant" -- a man who returns from the dead.

Unfortunately, it takes him the better part of two hours to explain that title.

The movie is destined to be more admired than loved, and the star and director have been talking up the tortuous process of filming because degree of difficulty can be important to Oscar voters. But it is more a terrific acting exercise than it is a great movie.

Let's praise his dedication and admire him for his devotion to the craft of acting, but I can't imagine doing anything more depressing than seeing this movie on Christmas day, when it opens in just a few theaters. It is just brutal, and what does it all mean? It means Leo really, really wants to win that Oscar.
Related topics:
arts & entertainmententertainmentmoviemovie reviewsandy kenyon
Copyright © 2022 WABC-TV. All Rights Reserved.
TOP STORIES
AccuWeather Alert: Messy morning
Deadly Bronx house explosion caught on camera
Supreme Court allows Jan. 6 committee to get Trump documents
School Closings
Find out which schools are closed in your district.
Watch NatGeo documentary 'The First Wave' free for 48 hours
Cardi B offers to pay for funerals of all 17 Bronx fire victims
Starbucks no longer requiring US workers to be vaccinated
Show More
Times Square subway shove suspect ordered held without bail
Third teen sentenced in murder of Barnard student Tessa Majors
Rescue captured on bodycam video after 3 break through thin ice
French actor Gaspard Ulliel dies after ski accident
Pedestrian safety at heart of NYC traffic initiative
More TOP STORIES News