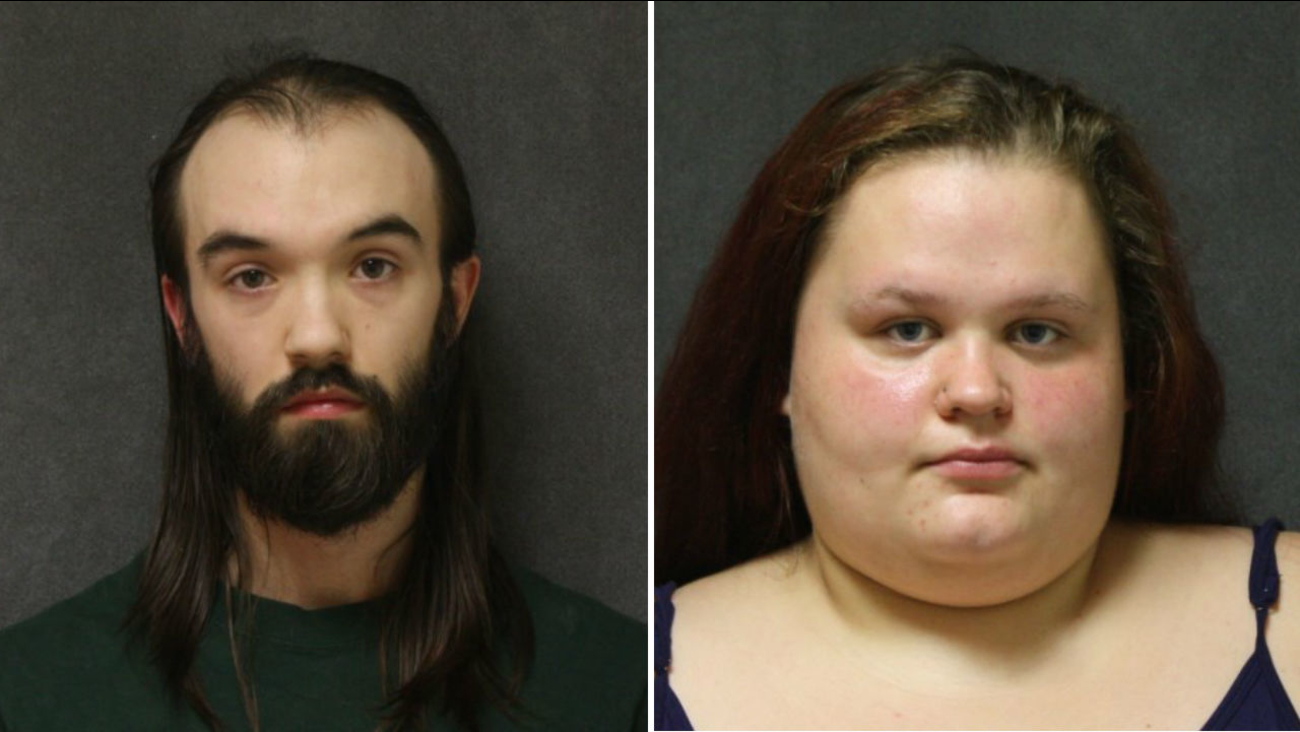 ANSONIA, Connecticut (WABC) -- A man and a woman are under arrest after a child was found walking on the roof of their Connecticut home.

Police received a complaint on Wednesday morning of a child on the roof of a home on Main Street.

Officers with the Ansonia Police Department found a 2-year-old boy on the roof - about 30 feet above the ground.

One of the officers talked to the child to keep him from moving around while two other officers forced entry into the home to get to the boy.

The child's father, 23-year-old David Hustek, and the child's aunt, 20-year-old Sarah Barker, were both inside the home at the time.

Police said both were sleeping and were unaware the boy was on the roof.

The young boy was taken to the hospital to be checked out as a precaution, but he did not appear to be injured.

Officials say the home was in deplorable living conditions and the house was condemned after city building officials were contacted.

Hustek and Barker were both arrested on charges of risk of injury to a minor and reckless endangerment.