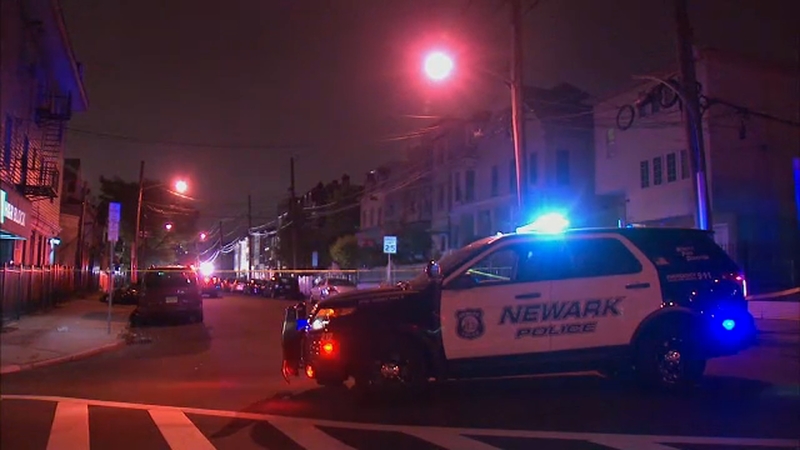 Authorities say the 27-year-old victim, identified as Malik Carson, was shot and killed just before 2 a.m. on Mount Prospect Avenue.

The suspects, who were wearing masks, took off in a black Range Rover.

The victim was pronounced dead at University Hospital.

Police believe he was in the wrong place at the wrong time, and they are looking at the possibility that the victim was shot to death during an attempted robbery.

The gunmen had apparently been out searching for victims, and according to a source, the crew responsible for this tragedy created a lot of havoc overnight in Newark and in Irvington.

Investigators are now trying to see if several robberies are connected to this case.

Neighbors were too scared to go on camera, but they told Eyewitness News they heard up to six shots.

They added that family members also rushed to the scene and were very emotional as they watched the victim take his final breaths.