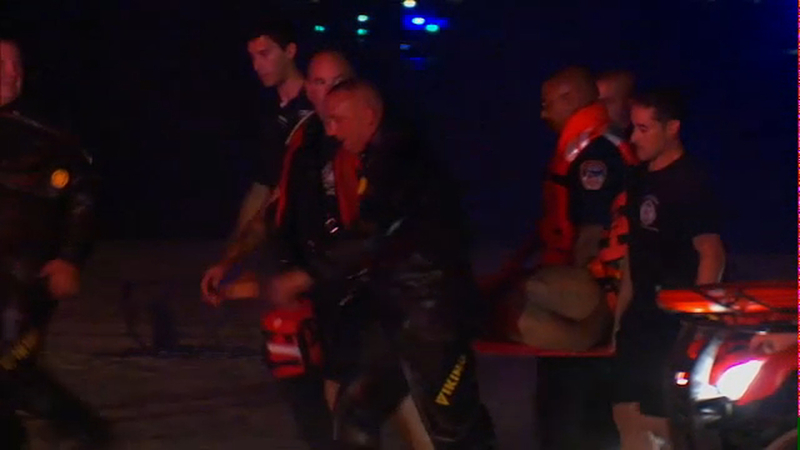 ORCHARD BEACH, Bronx (WABC) -- A man has died after he was pulled from the water at Orchard Beach in the Bronx.

Divers spotted him after searching for 45 minutes.

Another swimmer was able to get out of the water and helped pinpoint the man's location. It's unclear if they were together.

"It was dark," FDNY Chief John Esposito said. "There were still people on the beach. A lot of frantic, frantic panic about a missing swimmer in the water."

Rescue teams pulled 32-year-old man unconscious from water. FDNY Chief says found by divers. 911 call of swimmers in distress. Upon arrival 1 swimmer had made it out, helped them locate 2nd victim. Unclear if they were together. Sources say he may have been intoxicated. pic.twitter.com/cnNZDNeFJq

Sources say the victim may have been intoxicated.

The NYPD Harbor Unit, NYPD Aviation, FDNY and Coast Guard were all assisting.

At least nine rescue boats dotted the shoreline along with nearly 100 first responders.

Lifeguards are on duty until 6 p.m. Swimming is prohibited when there are no lifeguards.