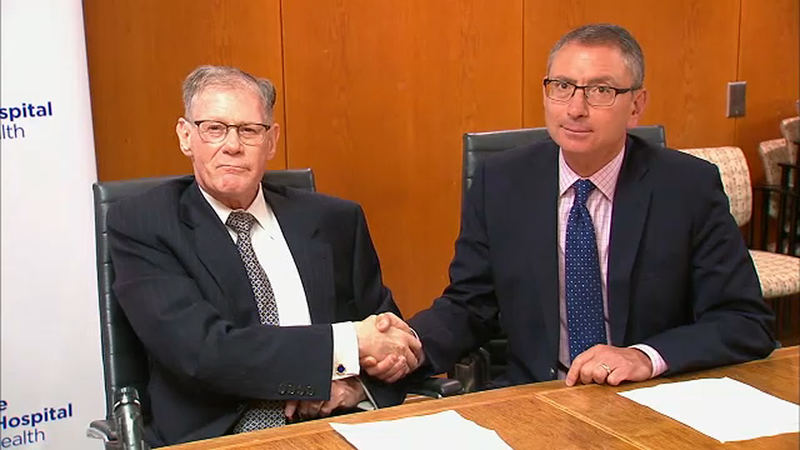 As we approach the 18th anniversary of the September 11 terror attacks, there is yet another story of triumph and enduring friendship that emerged from that dark day.

On the morning of 9/11, Jonathan Judd was on his way to work in the North Tower of the World Trade Center.

The elevator stopped on the 83rd floor, the doors opened, and he saw an explosion.

He ran into an office, where he found Fred Eichler.

"I'm one of only eight or nine people that actually watched the plane come in to hit the building," said Eichler. "I saw it behind the Empire State Building and I watched it fly right into the building."

The two of them huddled together until firefighters found them, and Eichler helped a shell-shocked Judd down the stairs, step by step.

"I told Fred that I had finally gotten married at 36 and I had a newborn baby at home, she was six weeks old," said Judd. "I honestly wasn't sure whether I would live or die."

The older Eichler calmed Judd down, and with the help of a firefighter they went down the stairs together to safety - barely.

"I got out of the building approximately a minute before the tower collapsed," Eichler said.

Eichler had a hip replacement surgery in 2000, which he says allowed him to walk down the stairs.

He says without the procedure, he never would've made it, much less been able support a stranger.

Weeks later, the men reconnected -- and they have remained strong friends ever since.

"Now we see each other many times a year and certainly every 9/11 we get together with our families and it's really special," said Judd.