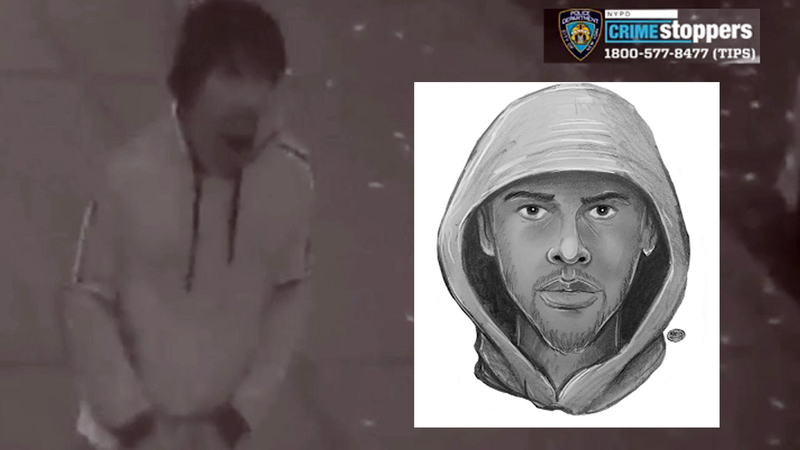 PARK SLOPE, Brooklyn (WABC) -- Police are working to get a sexual predator off the streets in Brooklyn.

The latest attack happened Monday night near the intersection of Carroll Street and 8th Avenue, and they are asking for the public's help locating the suspect.

Police have released a new surveillance image of the man. That's in addition to a sketch released earlier.

On Monday a 17-year-old girl said a man approached her from behind, forcibly grabbed her buttocks and threatened to sexually assault her.

She was able to get away.

A 50-year-old man nearby saw it happen and was able to detain the suspect before that suspect fled.

The first incident happened back on Sunday September 8 at 4:30 a.m. right around the corner, at Garfield Place and Prospect Park West.

In that case, a 26-year-old woman says she was entering the vestibule of her building when a man followed her in, exposed himself and grabbed her waist.

They struggled and she got away.

Anyone with information on the suspect or either of these crimes is being asked to call CrimeStoppers at 800-577-TIPS.