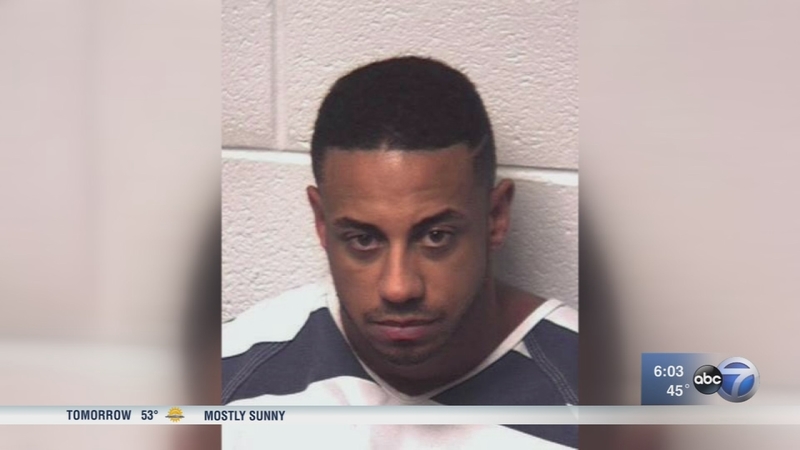 NEW JERSEY -- An eastern Pennsylvania man who used a blowtorch on a woman he'd met through a dating website is under investigation for victimizing women in New Jersey among other areas, police said on Friday.

Seth Mull, 30, has been in custody near Philadelphia since late October after being arrested on sexual assault charges. On Friday, police and prosecutors in Northampton County, Penn., said they were making a public appeal for other women who Mull victimized to come forward.

"It is the strong belief of the Bethlehem (PA) police department that there may be additional victims in our area, in New Jersey, western Pennsylvania and other locations across the United States," said district attorney John Morganelli who listed Chicago, California and Hawaii as locations where Mull may have held women captive and abused them after meeting them on dating websites.

Chicago police spokesman Anthony Guglielmi told the ABC7 I-Team Friday that "any potential victim who has not come forward should contact CPD as we are assisting Pennsylvania authorities in building the strongest prosecution possible."

"He travels, and he leaves behind the carnage," said Bethlehem police Chief Mark DiLuzio. Police sources and the FBI told the I-Team they have travel records tracking Mull into Chicago. However, Bethlehem police said they have not identified Chicago victims. Investigators said Mull presents captive women with "sex slave contracts" and refers to them as his "property."

In the original Bethlehem case, police said that on Oct. 28 Mull raped a 24-year-old woman he had met on a dating website-and kept her locked up for more than a day and subjected her to humiliation and torture. Police said the woman told them she met Mull on the "Plenty of Fish" dating app. She told detectives that they agreed to meet at a hotel where they drank, listened to music and had consensual sex. He also allegedly forced her snort cocaine and smoke methamphetamine.

Mull became aggressive, she said, and told her "she was his property and was not allowed to say no to him," investigators said. She told police that during sex, Mull would choke her to the point she gagged and vomited. The alleged victim told Mull that she no longer wanted to have sex with him and that she wanted to leave the Holiday Inn Express, according to records. But Mull allegedly told the victim that she wasn't allowed to refuse his instructions and that he would kill her, her family and her friends, reminding the woman that he knew where she lived, police said.

Mull was being held Friday near Philadelphia on $500,000 bond, charged with rape, false imprisonment and strangulation, terroristic threats, simple assault, unlawful restraint and several drug charges. After the initial case was publicized in Pennsylvania, more than a dozen women came forward to police to say they had been victimized.

On Mull's social media profiles he lists his home as being Hawaii and his occupation as personal trainer. For the last two months authorities said he had been staying with a friend in eastern Pennsylvania.

"We do believe there are more young girls that have been traumatized, raped, sexually assaulted, strangled, threatened who may be in fear," prosecutor Morganelli said. "Our concern is for their well-being. Come work with us. We will get you through this process."