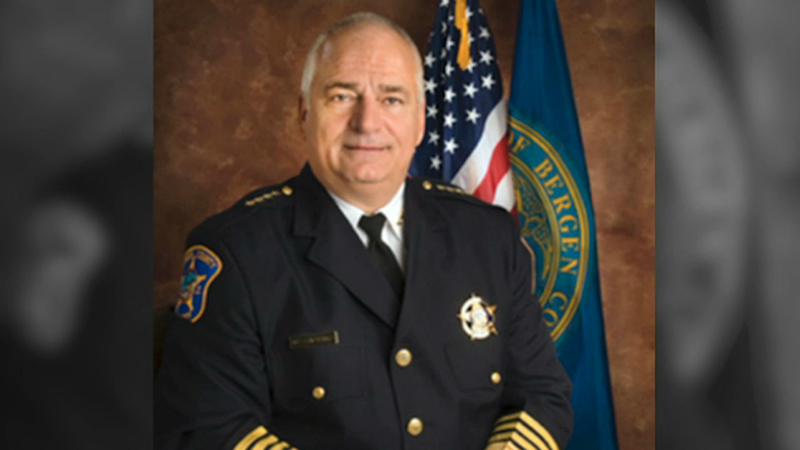 Bergen County Sheriff Michael Saudino announced he is stepping down effective immediately, along with several members of his staff.

Murphy and other state leaders had been calling for Saudino's resignation since WNYC broke the story of the sheriff making racist remarks against black people and about Attorney General Gurbir Grewal, who is Sikh. Initially, the sheriff refused to step down, saying the comments were not indicative of his character.

Saudino was heard discussing Murphy's inauguration speech, saying, "He talked about the whole thing, the marijuana, sanctuary state...better criminal justice reform. Christ almighty, in other words, let the blacks come in, do whatever the (expletive) they want, smoke their marijuana, do this, do that, and don't worry about it. You know, we'll tie the hands of cops."

Moments later, Saudino claims Murphy appointed Attorney General Grewal solely because of "the turban," and he also questions if the reason Lieutenant Governor Sheila Oliver has never been married is because she's gay.

"With the resignation of Sheriff Saudino, we can now begin the process of restoring faith in the Bergen County Sheriff's Office after so much of it was so quickly eroded," Murphy said in a statement. "And we can begin the process of ensuring that the bigoted beliefs displayed by the former sheriff are not given shelter in any corner of the Bergen County Sheriff's Office -- now or in the future."

"Sheriff Saudino's resignation is an important first step in repairing the relationship between the Bergen County Sheriff's Office and the diverse communities it serves...But our work does not stop there. The fact that a top official could make racist comments about the African-American community -- and that no one in the room would challenge or correct him -- raises serious concerns...We cannot allow the actions of a few officials to taint the entire law enforcement community. The overwhelming majority of law enforcement officers in Bergen County and across New Jersey are honorable public servants who care deeply about the work they do and the way they do it. Their good work -- performed day-in, day-out -- is ultimately what will help repair the damage brought about by Sheriff Saudino's highly inappropriate comments."

Saudino released a statement on Thursday apologizing for the comments, but he insisted he would not resign. Here is his full statement: