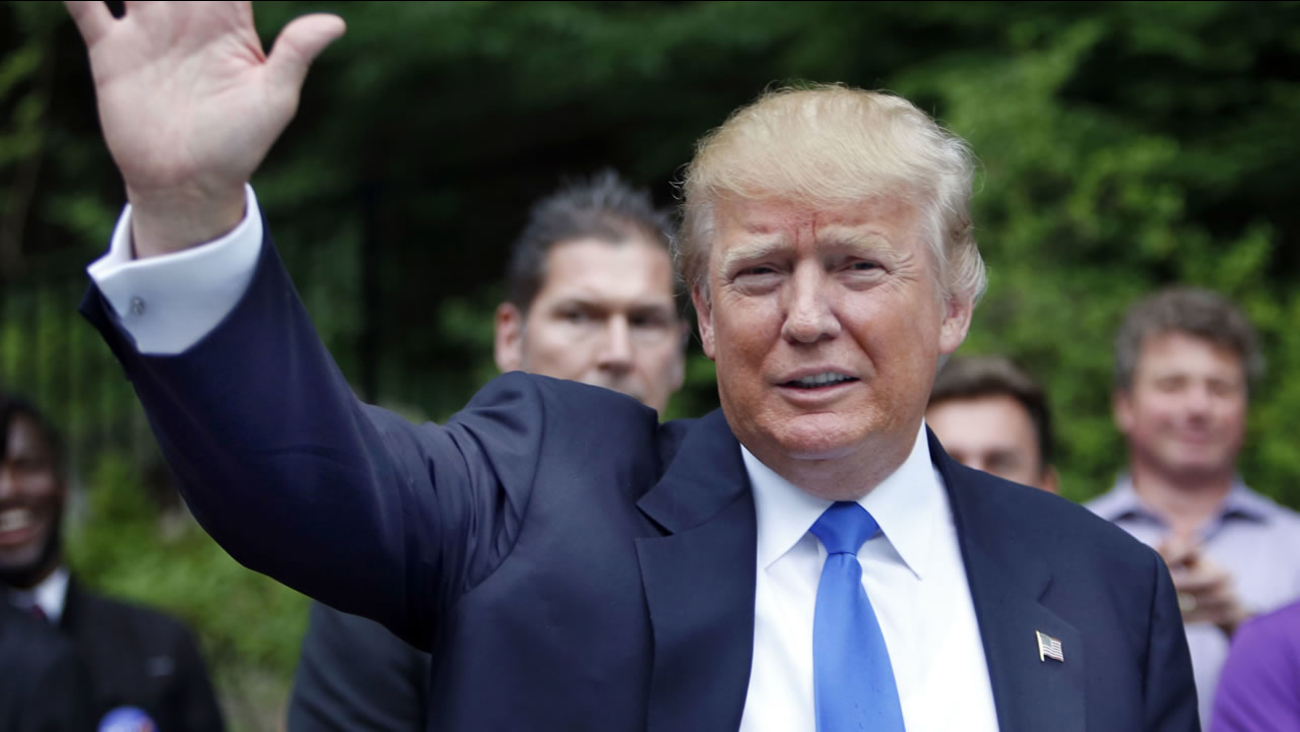 In this June 30, 2015, photo, Republican presidential candidate Donald Trump waves as he arrives at a house party in Bedford, N.H. (AP Photo/Jim Cole)

PALM BEACH GARDENS, Fla. -- The PGA of America is moving its Grand Slam of Golf from Donald Trump's course in Los Angeles, the first significant fallout for golf from the Republican presidential candidate's comments on Mexican immigrants.

Trump and the PGA of America met Monday. Both groups said they mutually agreed not to hold the Grand Slam of Golf at Trump National Golf Club in Los Angeles on Oct. 19-21.

Trump said because of the backlash over his comments he does not want the PGA of America to deal with any consequences.

"I have great respect for the PGA of America and everything they stand for," Trump said in a statement.

The PGA Grand Slam is a 36-hole exhibition for the four major champions of the year. Jordan Spieth already has qualified by winning the Masters and U.S. Open. Martin Kaymer will be the alternate as the defending champion.