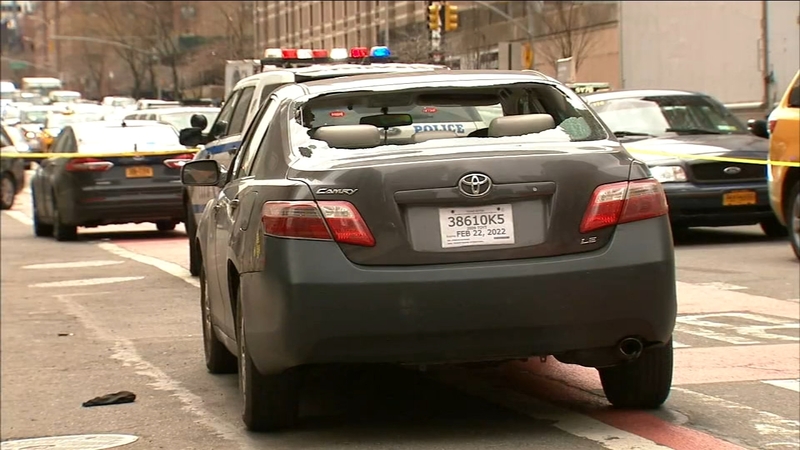 Man involved in Manhattan shooting drove himself to ambulance: police

NEW YORK CITY (WABC) -- A man drove himself to an ambulance claiming to have been shot on Thursday afternoon.

The 28-year-old was shot on Madison Street near Montgomery Street in the Lower East Side in what appears to be a targeted shooting, according to police.


The man then drove a Toyota Camry with an expired, Texas license plate and blown out back windshield onto the FDR and exited the highway at 34th Street.

He then drove up to an ambulance around 1:40p.m. that was parked at 34th Street and 1st Avenue near NYU Langone and said he was shot in the chest.


EMS transported the man to Bellevue Hospital and is being treated for non-life-threatening injuries.


The victim has a criminal record and most was the target of this shooting, according to police.

Officers say the victim is being very uncooperative.