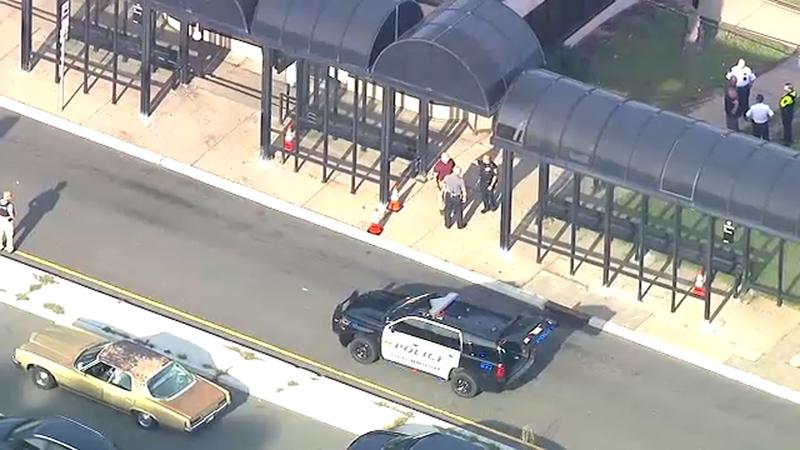 OLD BRIDGE, New Jersey (WABC) -- Police in New Jersey are looking for a man who opened fire with a rifle at a bus stop Monday afternoon.

New Jersey Transit confirms that a number of shots were fired just before 4 p.m. at the Old Bridge Park and Ride.

There were no reported injuries to the four people who were waiting at the bus shelter.

Authorities said the shooting suspect was seen carrying a rifle while running towards a nearby housing complex.

For hours, heavily armed tactical police went apartment by apartment, evacuating tenants out of the range of the suspected shooter.

They closed in on an apartment where they thought he might be holed up but did not find him.

Witnesses Deondra Jackson and Keonna Weathers were in the parking lot, heard gunshots and saw the man.

"He was trying to shoot up the bus station and hurt innocent people," said Weathers.

"And then you think about all the school shootings that we have and everybody getting hurt, when you see it in front of you it's surreal," said Jackson. "I just didn't wanna be the next one."

Witnesses described the shooter as a black male wearing a brown mask, a green bandana, a gray sweatshirt and black sweatpants.