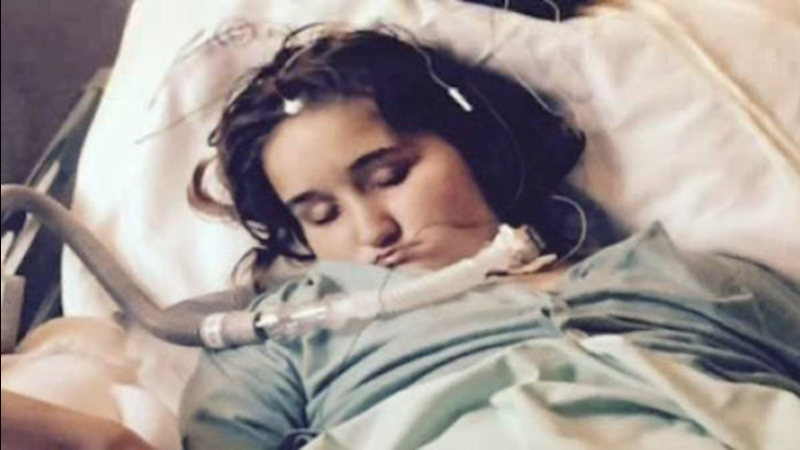 MONTCLAIR, N.J. (WABC) -- A family in New Jersey is now fighting to bring home their son this holiday season.

They were traveling in Europe when the teenager got sick.

Now they say their insurance won't cover the cost of the specialized flight to bring him back.

Vito Ziccardi just wants one thing for Christmas: to bring his sick son back home.

"It's a tragedy of epic proportions, you're lost and you don't know what to do," Ziccardi said.

Vito's wife and 13-year-old son Marco were visiting family in Finland back in September when the teenager suddenly became severely ill with what's believed to be a motor neuron disease.

The disease has him confined to a hospital bed in a foreign country, unable to talk or swallow and breathing through a ventilator, communicating through text messages.

"He just doesn't know what is going on, I'm sure he's scared," Ziccardi said.

For nearly three months now, Vito and his other son have been at home in Montclair. They are separated from family and wrestling with a bureaucratic maze of hospitals, insurance companies and, most urgently, airlines that have the necessary equipment to bring Marco home. The specialized flight Marco needs could cost more than $200,000.

"We lost the window for a direct flight, so we're looking at different flights, we don't know exactly how it's going to happen," Ziccardi said.

A GoFundMe page has raised more than $60,000 in just the last month, and Vito has been overwhelmed by the community support.

Still, he knows his son will require extensive medical care, all at a staggering financial cost, much of it not covered by insurance.

"A lot of challenges that we've had, but you know what, one moment at a time, I'll just be glad to have my family together once again," Ziccardi said.

Vito found out Thursday that Children's Hospital in Philadelphia does have a bed for Marco, but the huge hurdle remains of just getting his once vibrant, healthy son back home for the holidays.

"We've always been together for Christmas, always. This is the first Christmas that there is a possibility that we might not be," Ziccardi said.