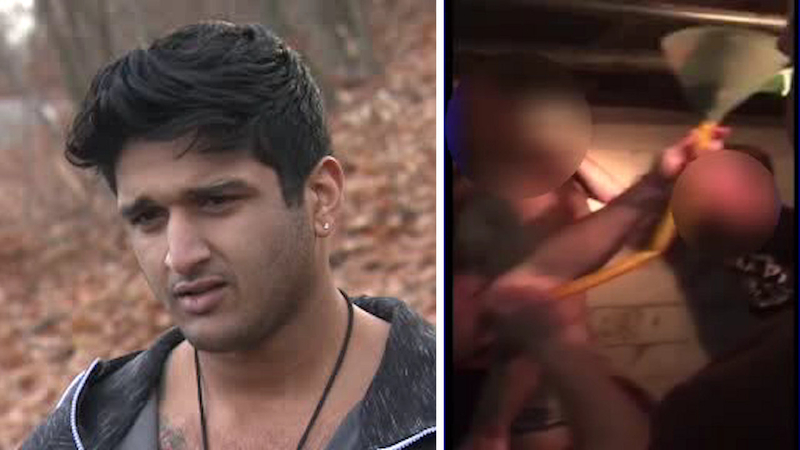 HEMPSTEAD, Long Island (WABC) -- A fraternity on Long Island is now suspended and the university is asking police to investigate as disturbing videos were released.

The young man who survived the very real torture is now speaking out.

"It was human torture. It was horrible," said Syed Medhi, a former Hofstra student.

Mehdi says what pledges of the former Sigma Pi fraternity at Hofstra University went through is awful.

New images were released from videos that are too graphic to show.

It shows pledges being forced to vomit on each other.

Mehdi says that wasn't all.

"We were covered in ghost, one of the world's hottest hot sauces for eight hours on end, repeating the same chants, listening to the same songs," Medhi said.

Hofstra says it was never made aware of the allegations.

It was last March when the university received a letter from the national chapter of Sigma Pi saying it was revoking the students' charter, but would provide no other details.

Mehdi says he was the one who contacted the fraternity's national office.

"I don't want to disclose anyone's names. I don't want to get anyone in trouble. I just want people to know what happened to me and that's why I went public about it," Mehdi said.