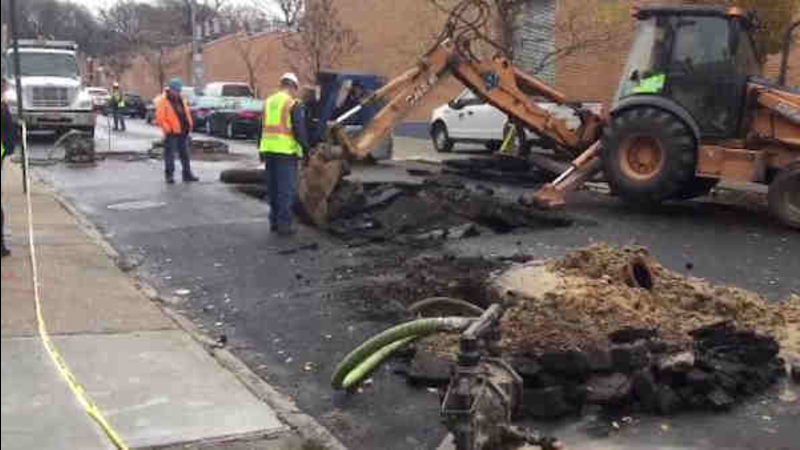 GREENWOOD HEIGHTS, Brooklyn (WABC) -- Repairs are underway after an enormous crater opened up Tuesday in the middle of 23rd Street in Greenwood Heights, leaving the road impassable.

A look at the repairs:

The sinkhole is big enough to swallow a car.

The street collapsed beneath the bus Tuesday afternoon, just moments after the last child was dropped off.

What caused it was not immediately clear, but emergency management officials said there's a broken 12-inch water main beneath the street that caused the soil to give way.

As they did, water service remained shut-down to hundreds of residents up and down the block.

Marie Warsh suspected something was wrong on Monday. "I came out and ran an errand, and I hear water running through the grate that's right there, which I thought was odd because it hadn't rained, you know," Warsh said. "It's like I could hear it."

It's a huge headache for Alan Wolf, who owns G & W Food Products. Crates of food in his warehouse are supposed to be delivered to senior centers and food pantries Wednesday, but not if his trucks can't get down the street.