1 dead, 1 wounded after gunfire erupts at park in Sleepy Hollow 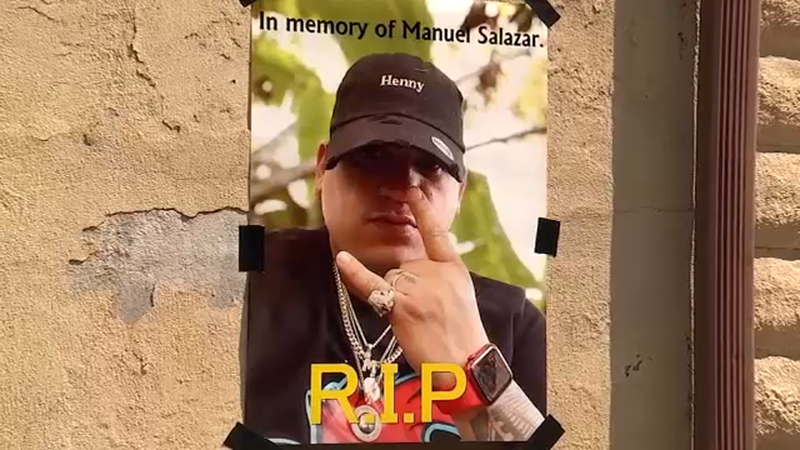 1 dead, 1 wounded after gunfire erupts at park in Sleepy Hollow

It happened around 9:30 p.m. on Valley Street in Sleepy Hollow, where an officer on patrol responded to the Margotta Courts Apartments after hearing gunfire.

The officer found two males who had been shot, and both were rushed to Westchester Medical Center.

There's new video of the gunfire between street vendors that struck an innocent 21-year-old Marine who was visiting Times Square from Upstate New York.

One did not survive, while the other victim was treated for his injuries and released.

The person who died was identified by family members as Manuel Salazar.

The victim's cousin, Louis Lopez, heard the shots and went running to the scene.

"I saw my cousin laid out on the ground," he said. "I tried to pick him up, I tried to talk to him, revive him a little bit, resuscitate him. He was talking to me. He was conscious when he left in the ambulance, and a few hours later he passed away."

A makeshift memorial now sits at the scene.

"He was a good guy," Lopez said. "He was loved by everybody in this town. Everybody is going to miss him. It's a big loss for us."

Further details of the shooting or the events that led up to it have not been released.

The motive is unclear, but police say there is no danger to the public, suggesting Salazar may have been targeted.

"Unfortunately here, nobody saw anything," Lopez said. "But these cameras will talk, and they're going to get to the bottom of it."

JULY 1 UPDATE: Police have arrested 18-year-old Emmanuel Valentin Perez in connection with this shooting. He is charged with first-degree manslaughter.