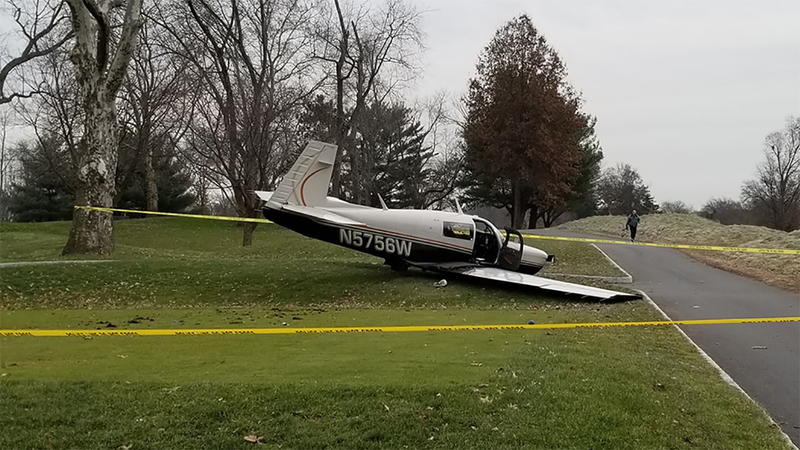 PARAMUS, New Jersey -- A small plane landed on a golf course in New Jersey Sunday, but no one was seriously hurt.

The single-engine plane made an emergency landing around noon on the ninth hole of the Paramus Golf Course.

Four people were on board at the time. Three of them were treated for minor injuries.

Authorities say there were some golfers on the course when the landing occurred, but no one on the ground was injured.

Officials say the plane apparently had engine problems shortly after taking off from the Lincoln Park Airport. It was headed to Poughkeepsie, New York.