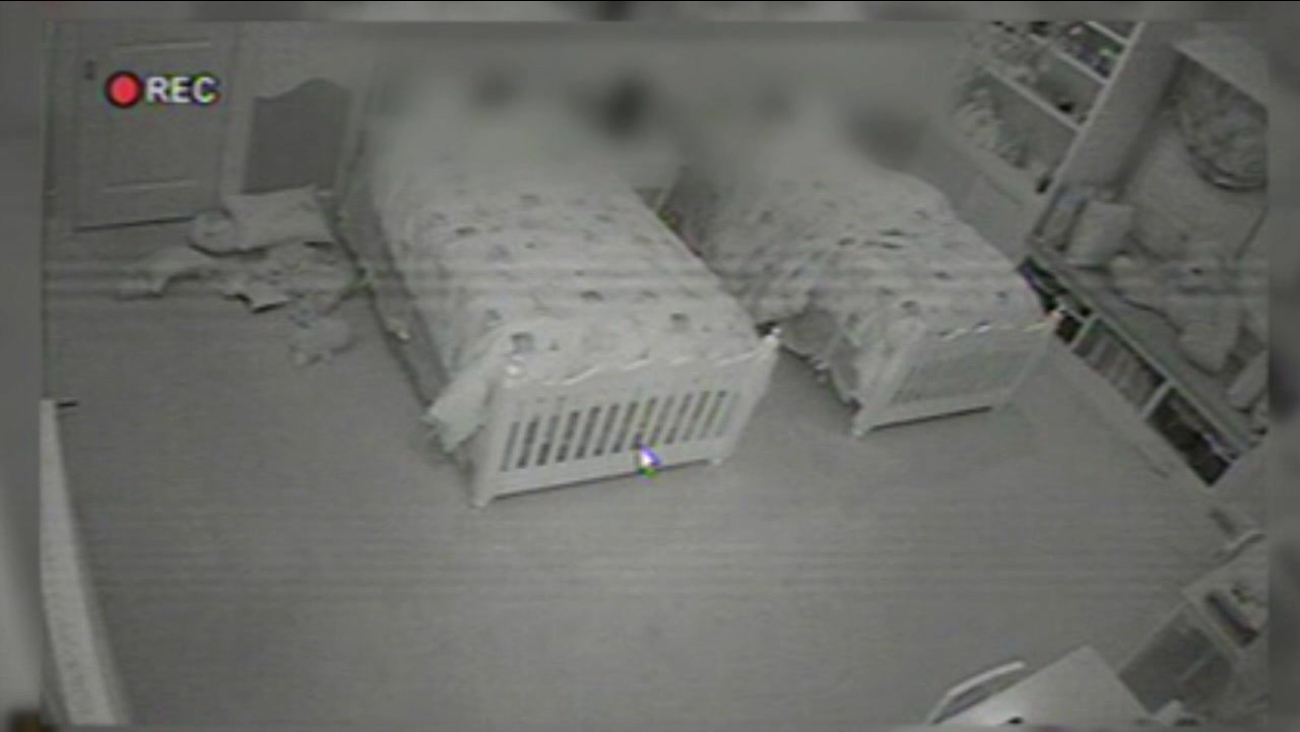 Sleep is really important for a healthy life, but sometimes we hear stories so frightening it makes getting some shut-eye difficult.
We've found 18 things that go bump in the night that have us keeping our nightlights on:

1. Snakes could crawl into your bed
EMBED More News Videos

Tennessee woman wakes up to find a snake her in bed.

2. Getting up close with creepy crawlies
EMBED More News Videos

Man nearly dies sleeping with phone charging in his bed

In one case out of Florida, a burglary suspect was caught on surveillance camera just feet away from two sleeping children. Fortunately, nothing happened to them, but you can imagine the horror of any parent seeing a video like that.
EMBED More News Videos

5. Waking to a fire in your bedroom
EMBED More News Videos

7. You could 'sleep drive' into some gas pumps
EMBED More News Videos

This incident could have been a lot worse

8. Going on a trip while sleepwalking
EMBED More News Videos

Police say a 19-year-old teen went to a 7-Eleven and may have rode the bus all while she was asleep.

9. Your partner could (allegedly) turn on you
EMBED More News Videos

Woman accused of setting a bed on fire her boyfriend was sleeping in.

10. Hackers could be spying on your bedroom
EMBED More News Videos

12. The house could collapse on top of you
EMBED More News Videos

14. You could be kidnapped during a cat nap
EMBED More News Videos

15. Might wake up locked in a bus or business
EMBED More News Videos

Meantime, we also told you about an Oregon man who fell asleep in the middle of "Rogue One: A Star Wars Story" and ended up getting locked inside the movie theater after it closed.
EMBED More News Videos

A man who got trapped in a movie theater wound up having to call 911 for help.

16. A car could crash into your bed
EMBED More News Videos

A car driven by an 8-year-old boy smashed into his neighbor's house in Littlerock on Saturday, injuring one person, police said.

17. You could form an addiction
EMBED More News Videos

You could be hooked on your over-the-counter sleep aid.

If you suffer from sleep apnea, chances are you are waking up dozens if not hundreds of times each night because of breathing troubles. While you might wake up feeling drowsy, that's not the only danger. In fact, you could begin to see adverse health problems if you do not seek treatment.
Related topics:
societyhome invasionbuzzworthyhouse firecar into buildingsleep
Copyright © 2022 KTRK-TV. All Rights Reserved.
TOP STORIES
Man dies after collapsing at finish line of Brooklyn Half Marathon
Heat Advisory issued ahead of possible record-breaking temperatures
AccuWeather: Record high temperatures possible
Select Jif products recalled for potential salmonella
Why a NJ teacher keeps an empty chair in his classroom
NYC to mark Biggie Smalls 50th birthday, MTA unveils special MetroCard
Police: Missing LI teen may have taken train, traveled outside NYC
Show More
First formula flights from Europe to arrive this weekend
College students invent edible tape to keep burritos, wraps together
Dog battles mountain lion to save owner's life
Crowded field for 10th district as judge approves congressional maps
Video shows man attacking food vendor in Times Square
More TOP STORIES News