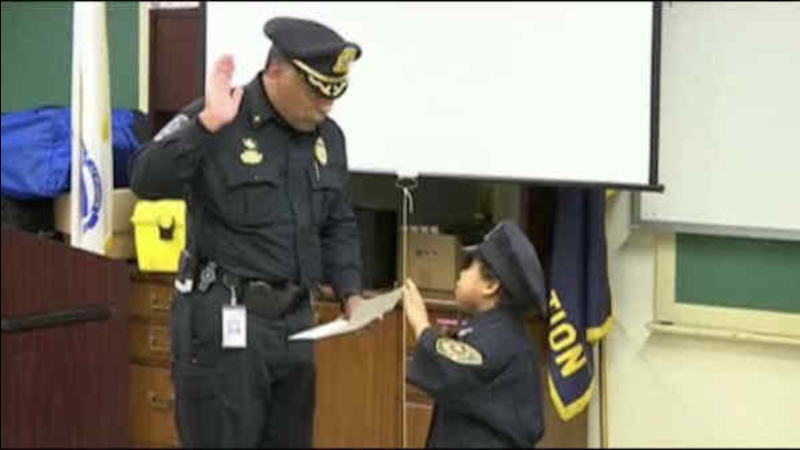 PITTSFIELD, MA (WABC) -- A 5-year-old boy suffering from cancer had his dream fulfilled this week, becoming a police officer for a day.

Shavez Forte may seem a bit young to be sworn in as a cop, but he's not your typical child. And the Pittsfield, Massachusetts Police Department is not your average force.

"Besides our sworn duties, there's a lot of other stuff our personnel are involved in," Chief Michael Wynn said. "Both out there publicly and behind the scenes."

Forte has a Stage 4 form of cancer, and since his wish is to be a police officer one day, the real officers in Pittsfield made sure that dream became a reality.

On Monday, Forte was given the full tour of the station and even saved the day.

"Found an assault suspect before he left the building," Wynn said. "That's a closed case right there."

But it wasn't just the police department giving a young boy a gift, because they got one in return.

"My whole goal in wearing this uniform is to help those in need, and that's ultimately what we're here for," Derby said. "It's kind of taken over me emotionally. I'm almost at a loss for words when I'm with him."
Related topics:
societycancer
Copyright © 2021 WABC-TV. All Rights Reserved.
More Videos
From CNN Newsource affiliates
TOP STORIES