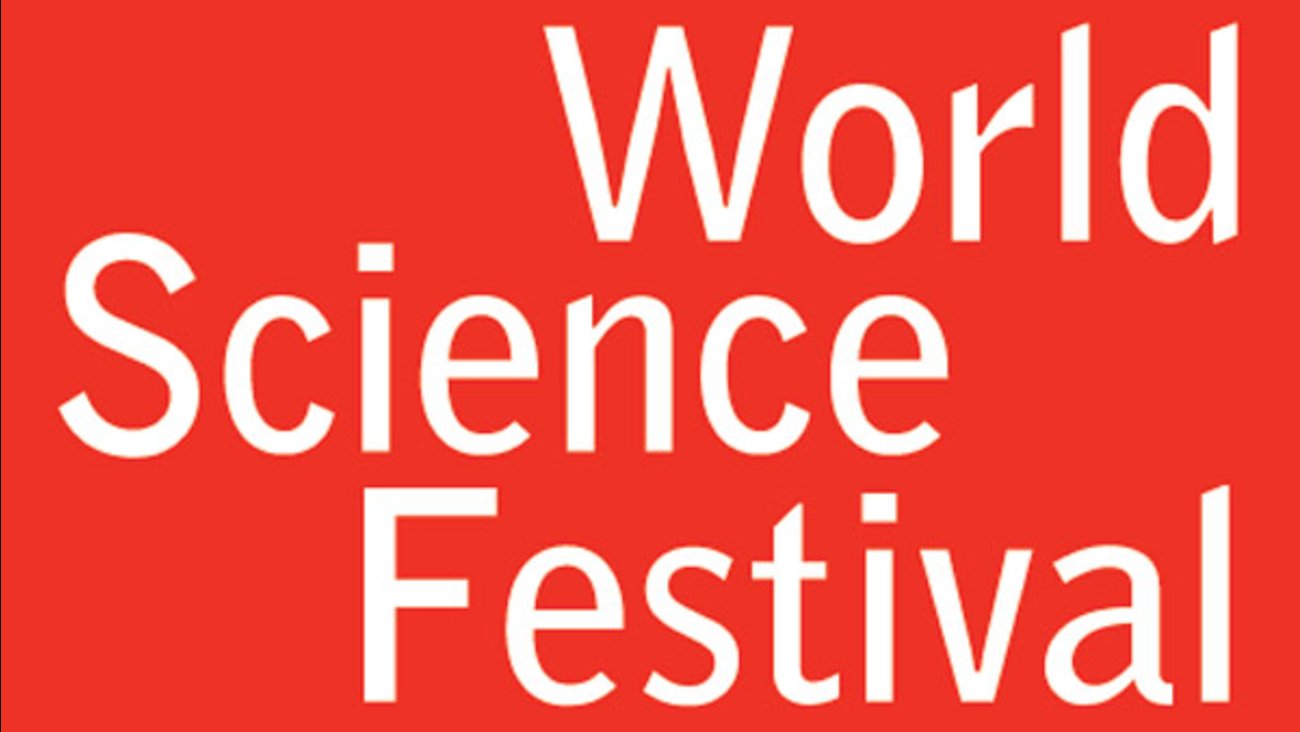 NEW YORK -- The World Science Festival today unveiled its 2014 program lineup, which will present many of the world's leading scientists, artists and influential thinkers - bringing science to life in imaginative ways throughout New York City.

The program lineup for the 2014 World Science Festival can be found at www.worldsciencefestival.com/events, where tickets for Festival events can also be purchased.

The five-day festival celebrates science with original programming that includes free events for young innovators, scientists-in-the-making, and families - as well as discourse, debate, theater, exhibitions, and social experiences that transform the city and bring the world's leading scientists in direct contact with the broader public.

Since its inception in 2008, the annual Festival has welcomed more than one million people to over 300 programs in locations throughout New York City. It is the nation's most anticipated science event and allows everyone to experience science in unique and thrilling ways.

Expect a theatrical exploration of Einstein's life; a debate about the recent breakthrough announcement on the nature of the big bang; the latest research on brain-machine interface; a special address from renowned geneticist and discoverer of the breast cancer gene, BRCA1, Dr. Mary-Claire King; a wide-ranging exploration of quantum reality; the announcement of the winners of the prestigious biennial $1 million Kavli Prizes for outstanding scientific work in the fields of astrophysics, nanoscience, and neuroscience; workshops on the science of food and beer, and the ever-popular all-day Ultimate Science Street Fair in Washington Square Park, and much more.

"There's no experience more thrilling than having kids and adults learn about a great scientific discovery and in the process gain access to a whole new universe of ideas and possibilities," said Brian Greene, Columbia University Professor of Physics and Mathematics and co-founder of the World Science Festival.

Program highlights include:
-2014 Kavli Prizes Announcement: The prestigious biennial Kavli Prizes recognize scientists for major advances in three research areas: astrophysics, nanoscience and neuroscience. The winners, sharing a $1 million award in each field, will be announced via live webcast from the Norwegian Academy of Science and Letters in Oslo.

-"On The Shoulders of Giants" address by Dr. Mary Claire-King: A signature Festival event, audiences will be treated to a talk by one of the most important geneticists of our time, a trailblazer and advocate for women in science -- Dr. Mary-Claire King. Her accomplishments include the discovery of the hereditary breast cancer gene BRCA1, which has saved countless lives, and her use of genetic sequencing to help victims of human rights abuse.

-Ripples from the Big Bang: Listening to the Beginning of Time: A discussion that will explore what is perhaps this year's most exciting development, evidence of the inflationary theory of cosmology announced by astronomer John Kovac and the BICEP2 team, who will be in conversation with the pioneers of the inflationary theory, Alan Guth, Andrei Linde and Paul Steinhardt. Moderated by Brian Greene.

-Alien Life: Will We Know it When We See it?: Learn how scientists across disciplines-astronomers, chemists and microbiologists-are intensely studying the evolution of life on Earth to help identify life in the universe, a research agenda with wide-reaching ramifications for science, philosophy, religion, and much more.

-The Craving Brain: The Neuroscience Behind Uncontrollable Urges: The Festival brings together a group of leading neuroscientists and psychologists studying how addiction changes the very fabric of the brain, and what new insights could mean for addicts trying to win back their lives. Moderated by ABC News anchor, Elizabeth Vargas.

-What is Color?: Alan Alda brings his popular Flame Challenge contest back to the Festival, where scientists are asked to explain a complex question to an 11-year-old. In an action-packed hour-long program, Festival-goers will delve into the world of color, culminating with the announcement of the winner of this year's Challenge.

-Cool Jobs: The premier showcase of cool science returns to the Festival for another year with a new group of amazing scientists. From an archeologist to a NASA astronaut, kids will have the chance to ask these scientists about their cool gigs and how they ended up pursuing them.

-Designer Genes: Fashioning Our Biological Future: A program featuring geneticists at the cutting edge of designer gene research takes a closer look at the ethical and scientific implications of gene therapy and designer babies.

-The Night Sky from Brooklyn Bridge Park: Join professional and amateur astronomers for a free evening of urban stargazing and discussion beneath the historic Brooklyn Bridge.