Check out The Spur, the final section of the High Line, now completed 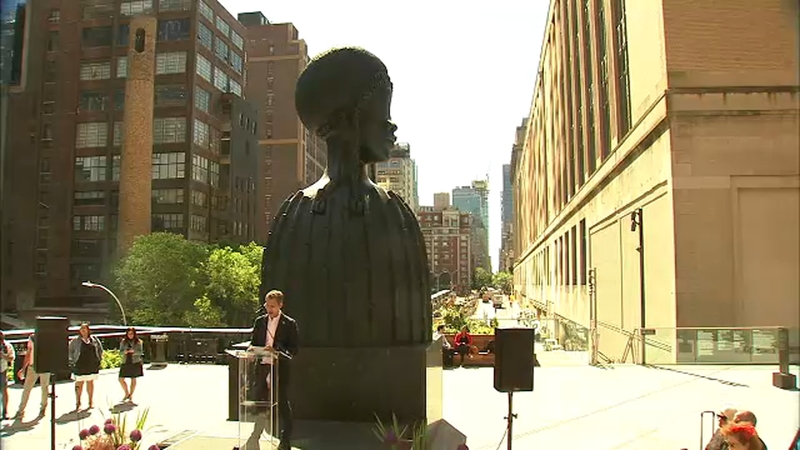 Check out The Spur, the final section of the High Line, now completed

NEW YORK (WABC) -- The newest and final section of Manhattan's High Line is now complete, and officials held an opening ceremony Tuesday for the "The Spur."

It's almost a mile and a half long, and it is the widest area on the High Line and creates a new gathering space.

The Spur unfolds in three parts: The Coach Passage, a planted threshold, and a large open piazza.

The Coach Passage has 60-foot cathedral ceilings, while the planted threshold is the largest garden in the park.

Its open-air programming space allows the High Line to expand the scope of its programs, establish a second site for the High Line shop, additional options for food vendors, new restrooms, and the High Line Plinth -- which debuts with artist Simone Leigh's Brick House, a 16-foot-tall bronze bust of a black woman.

"I wanted to express the kind of beauty that was about solidity and strength as opposed to fragility and weakness," Leigh said.

The plaza will feature new art every 18 months.

"I moved up here five years ago, and it's transformed New York City," area resident Michael Fisher said. "It's transformed the world, because now everyone wants a High Line."

"This is really my favorite part," Hammond said. "It's that last remnant we were able to save."

At one point, the Spur almost didn't happen. Even after the rest of the High Line was given the green light, this section faced a very uncertain future."

"They thought they wouldn't build Hudson Yards if this part of the High Line stayed," Hammond said. "And there was this fight, called Save the Spur."

Crews literally built 10 Hudson Yards around the tracks, the final piece to this one-of-a-kind puzzle.

As part of the opening of the Spur, the High Line has also commissioned "We Are Here," a series of text-based sound installations.

The Spur opens to the public on Wednesday, June 5.