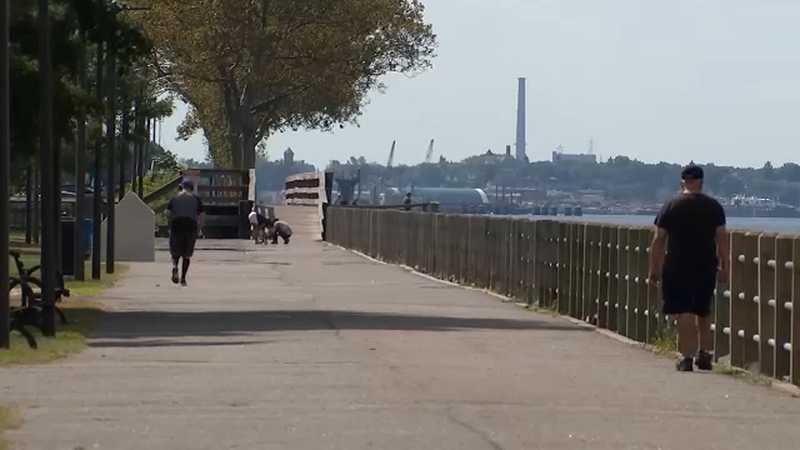 BAYONNE, New Jersey (WABC) -- Officials in New Jersey are looking into multiple complaints of a mystery odor that smells like rotten fish.

The HRHC confirmed a presence of an odor, but said the source could not be traced.

Inspectors went into Newark - specifically to Raymound Boulevard and Doremus Avenue, because winds were coming from that direction.

They were not successful in locating the origin.

"It's not anything were used to around here. Being a peninsula, we have water on three sides and sometimes at low tide that you can smell the bay. It was really nothing like that. It was a very nasty, almost like a foul meat type of smell," OEM Coordinator Edoardo Ferrante said.

The New Jersey DEP has been investigating the same odor since the beginning of summer.

"It's the kind of smell that you take one deep breath in and want to remove yourself from that place immediately," business owner Nico Aronson said.

Aronson said the smell is hurting his business because people are complaining and don't want to sit outside.

The HRHC will continue to try to identify the source of the smell.

Officials with the Hudson Regional Health Commission are asking anyone with a complaint to contact them at 201-223-1133.