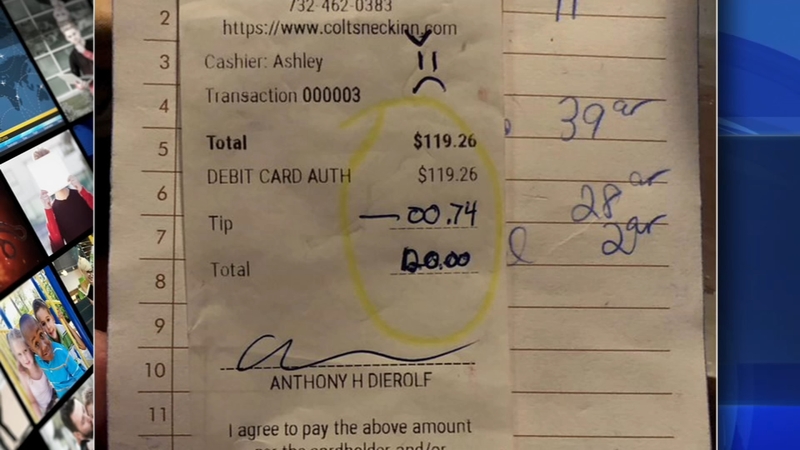 A North Jersey lawmaker is getting both criticism and praise for calling a stranger a jerk on Twitter.

He did that after discovering that the stranger tipped one of his favorite waitresses just 74 cents.

But it wasn't just the name-calling that had some on the side of the skimpy tipper.

Senator Declan O'Scanlon actually published a photo of the $119 bill with the man's full name, signature, and last four digits of his debit card.

In the republican politician's tweet, he called diner Anthony Dierolf a jerk with misplaced obnoxiousness and said Ashley is a great waitress and a wonderful human being.

Though most applauded the lawmaker for standing up for Ashley, others questioned whether it was appropriate or even legal for an elected official to expose someone.

But both O'Scanlon and the customer, Dierolf, are standing by their behavior.

O'Scanlon says the information he posted is something left on countless restaurant tables and even shared a receipt of his own.

As for Dierolf, he told a New Jersey newspaper he gave Ashley a terrible tip because the service was terrible and slow.