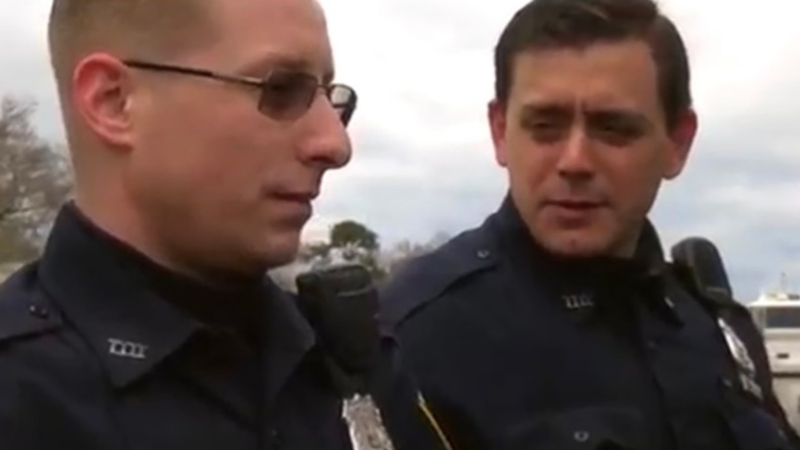 ISLIP, Long Island (WABC) -- Two Town of Islip park rangers were honored Monday for saving the life of a man who drove into a canal in November.

Park rangers Anthony LaGrasta and John Rivera had just finished their shift around 6:30 a.m. November 15 when they heard over the police scanner that a car had gone into a canal at the end of Ocean Avenue in Islip. They quickly responded to the scene.

When they arrived, a resident flagged the officers and pointed to where the car was submerged.

LaGrasta yelled out to the male driver, who didn't respond, so he took off his vest and gun belt and jumped into the frigid water. Rivera secured the gun belt as LaGrasta began swimming towards the victim, who was about 50 feet away from the car.

LaGrasta pulled the victim back to the car and laid him on the hood, and that's when the victim regained consciousness.

Rivera then waded into the water himself and helped LaGrasta get the victim to the shoreline. By then, other first responders had arrived at the scene and helped the rangers pull the victim over the bulkhead.

"I know I speak for the town board, we really are so very grateful that they care so much," Town of Islip Supervisor Angie Carpenter told the rangers Monday during a small ceremony at town hall.

The rangers received a surprise at the ceremony - free tickets to the New York Jets game this weekend. The owner of Our Little Italy restaurant in West Islip heard about their heroism and called his friend at the Jets.

"I appreciate the support of the community," Rivera said. "You know, it was just a normal day at work for us."

The Jets have also invited the two rangers to participate in First Responder Day this Saturday, December 15.