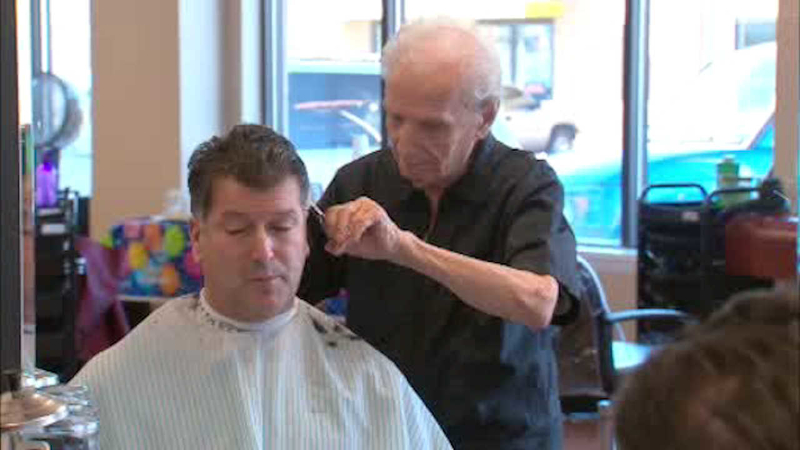 VAILS GATE, New York (WABC) -- A barber in Orange County is by far a cut above the rest.

Anthony Mancinelli started cutting hair when Calvin Coolidge was in the White House.

Now he is the oldest working barber in the world, with no plans to retire.

And his colleagues in Vails Gate are celebrating his sheer dedication.

Every barber shop or salon is a community, but not every community has an elder statesman like Anthony Mancinelli. "Hours don't matter with me, I don't get tired, I just keep going," he said.

His snips and clips are those of a barber who has been at this since the age of 12. And in just a few weeks, he'll turn 105. Asked what he's going to do his birthday, Anthony said, "Come to work."

His mind and eyes are still sharp, his smile still wide, his hands still steady.

"Does a professional job, he's a master barber," said one customer.

It's his work at Fantastic Cuts in New Windsor that gives Anthony purpose and peace, his 79-year-old son watching on.

"It's amazing, it's hard to believe he's still going on. He's in better shape than I am," said his son Robert.

He has already been recognized by the state and by the Guinness Book of World Records as the world's oldest barber.

For more than 90 years and through generations of customers, Anthony has relied on his hands. As for retirement, he relies on faith.

"The only one that knows the secret is the man above," he said.

The styles and the tools of the trade have changed. But Anthony's simple grace remains timeless.