7 On Your Side: Queens residents fight for speed bump after accidents 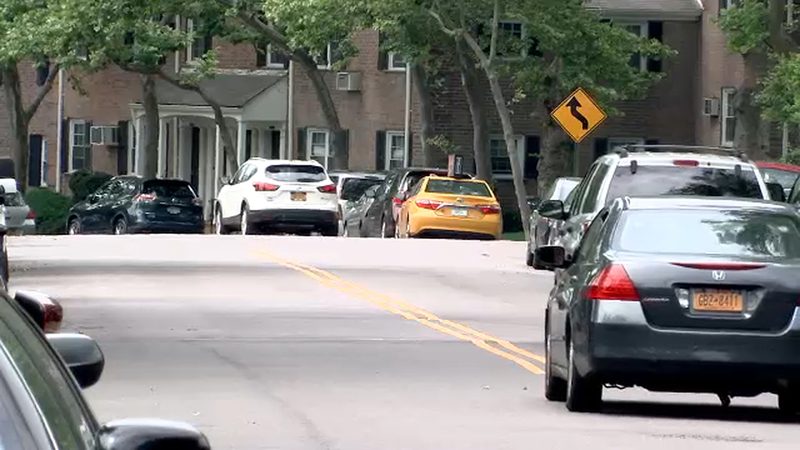 7 On Your Side: Queens residents fight for speed bump after accidents

OAKLAND GARDENS, Queens (WABC) -- It's a street fight over safety in one Queens neighborhood. A couple says they have been battling the city to get a much-needed speed bump installed. The project was already given the green light, but construction stalled for months.

"It's just so unsafe,just to cross the street," said one resident. Neighbors on the residential stretch of 224th near Horace Harding Parkway worry a whizzing car is going to kill somebody.

"Drivers regularly go 50 (mph) down this street," said resident Don Horvath. Worried for others and his own wife's life, Horvath began the process of requesting a speed bump on their street four years ago.

"We've asked that a speed bump be installed in our neighborhood, for our community's safety," said Don's wife, Maricar Marquez. She was born deaf with Usher's syndrome, and progressively lost her sight.

But she is fearless - skydiving, running the New York City Marathon, and traveling the world to promote independent living for people with disabilities. But now she fears walking on her own block.

After Don gathered 50 residents' signatures on a request, the New York City Department of Transportation did a traffic survey, approving the speed bump in September 2017.

Then it went to Queens Community Board 11, which gave final approval in June of 2018. But a year later, instead of a bump, they had gotten bupkus.

"They approved it. How come it's not installed?" said Don.

Then in early June, just down the block from Don and Maricar's home, a pedestrian was critically injured by a hit and run driver.

"I brought my wife over to the DOT and said I don't know how much longer she's gonna be here. I've had a couple close calls and accidents right in front of her," said Don.

"It's very frustrating. They keep delaying and we're waiting and waiting," said Maricar.

After 7 On Your Side contacted the NYC DOT, they got on this ASAP.

Within days, with asphalt and tar, the speed bump crew got busy. Finally after four years - warning signs and the slowdown were built up.

"I believe that your involvement really made a humongous difference," said Maricar. "Don't stop fighting. Continue to advocate," said Don.

With her husband and best friend Stacey Sullivan serving as interpreter at the National Center for the Deaf and Blind where they work, Maricar expressed everyone's gratitude.

So why did it take a little more than a year and a call from us to get the speed bump installed?

The NYC DOT told us it receives a "high volume of speed bump requests" and installations are not usually done in the winter because of bad weather. A big salute to the DOT crew who worked in the searing heat to make the safety improvement.