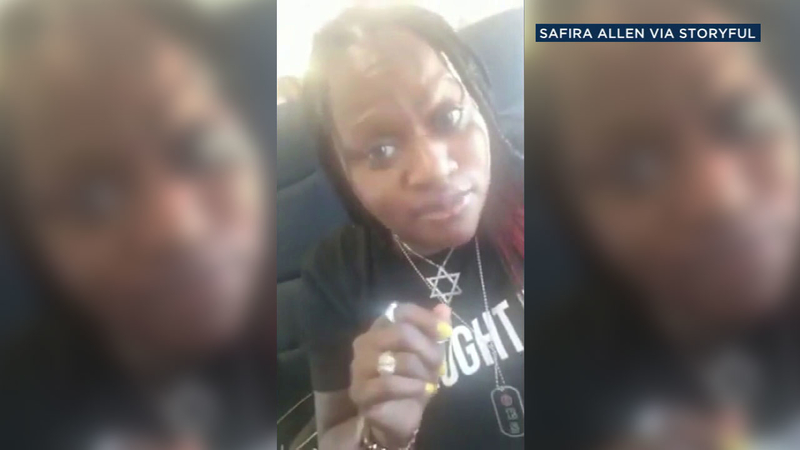 A passenger's rant onboard a Spirit Airlines plane is going viral on social media.

Passenger Safira Allen had apparently missed an earlier flight from Atlanta to Las Vegas on May 1. Airline officials said Allen ran down the boarding ramp of another Spirit flight to Vegas and took a seat that wasn't ticketed to her.

When the gate agent tried to remove her from the flight, Allen refused and instead fired up her cellphone to take her story to Facebook Live.

In her video, which has landed millions of views on Facebook, Allen goes on a tirade about the airline's name, among other things.

"Y'all going to use Jesus' name, the Holy Spirit? That's got to change, y'all need to be called something else. Y'all need to change y'all name because nothing Holy Spirit about this airline," she says in the video.

Minutes into the rant, a crew member on the flight is heard telling other passengers that they will have to deplane to redo the boarding process, which prompted a negative response from many onboard.

"If I can't go to Las Vegas, Nevada, neither can y'all!" Allen is heard telling the passengers as they exit.

Atlanta police are eventually seen boarding the plane to remove Allen, who gets her bag and finally leaves her seat, but she keeps her Facebook Live rolling.

Allen later apologized on her page and said the Atlanta Police Department arrested her for trespassing.