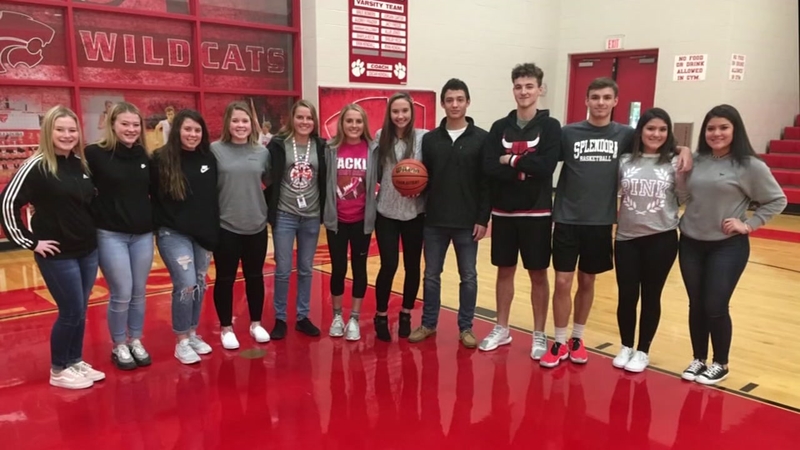 Six sets of twins are dominating the basketball program at Splendora High School.

SPLENDORA, Texas -- "Seeing double" and "double take" are the words that come to mind in the basketball gym at Splendora High School in Texas.

Half a dozen sets of twins are playing on the girls and boys basketball teams for the Splendora Wildcats. Two of the twin girls are the daughters of the team's coach.

"This is crazy," said Ryan Kendall. "I've never gone to school with this many twins."

Identical twins and point guards, Jannet and Jaquelin Reyes, both 15, say they joined the basketball program as freshmen.

"We just give each other a look and we know what we're doing," says the Reyes twins.

The team also includes another set of identical twins, 14-year-olds Zoe and Maci Surber, who are both guards as well.

"We normally look alike when we're on the court, so it's hard for the other team to tell the difference," said the girls.

Then, there are the Ferrari Johnson brothers, Lucas and Ian. One is a guard and the other plays forward. Both consider themselves equally ranked.

"I consider myself the better player," said Adam, to which his sister said, "We're gonna argue."

"I think it's time we take a break," she said, with a smile.

There are other twins who attend Splendora High School, but half-dozen sets in the basketball program is noteworthy. More twins are expected to be on the court next year, as pairs from middle school already plan to get involved in the program.