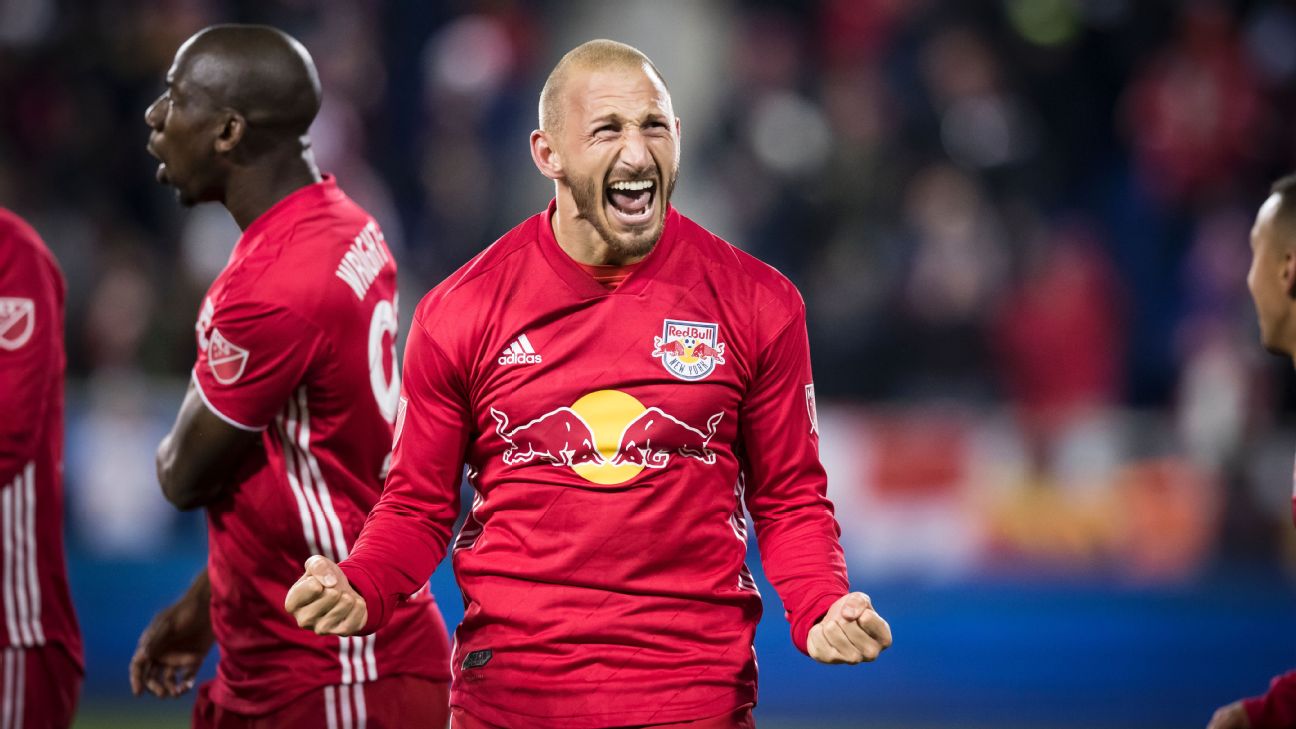 Daniel Royer scored in the 73rd and 76th minutes to secure the series victory for the New York Red Bulls with a 3-0 win over the Columbus Crew in the in the second leg of the total goals Eastern Conference semifinal at Red Bull Arena in Harrison, N.J., on Sunday.

The Red Bulls won the aggregate 3-1 and will play Atlanta United in the conference final beginning Nov. 25 at Atlanta followed by the second leg at home on Nov. 29.

New York's Alex Muyl scored in the 17th minute for a 1-0 lead that leveled the aggregate at 1-1 after the Crew won the first leg 1-0 on Gyasi Zardes' goal in the first leg in Columbus on Nov. 4.

Luis Robles made four saves for the shutout.

Even with Muyl's goal, the Crew needed only an away goal to win the series, but Royer made sure that didn't happen.

A build-up left the Crew scrambling and he buried a pass by Tyler Adams for the 2-0 lead in the match and a 2-1 advantage for the series.

Then, after a Crew turnover, he fired a rising shot from the top of the arc three minutes later to give the Red Bulls some breathing room.

The match started as well as the Red Bulls could have hoped when they got the important first goal off a set piece.

Sean Davis sent a long free kick to the left side of the box where Royer knocked it down to Aaron Long. His shot was redirected off the foot of Muyl into the goal.

The Red Bulls this season set MLS records for victories (22) and points (71) in winning the Supporters' Shield as the best regular season team for the third time in six seasons.