Bill Belichick: Could write a book on special connection with Giants 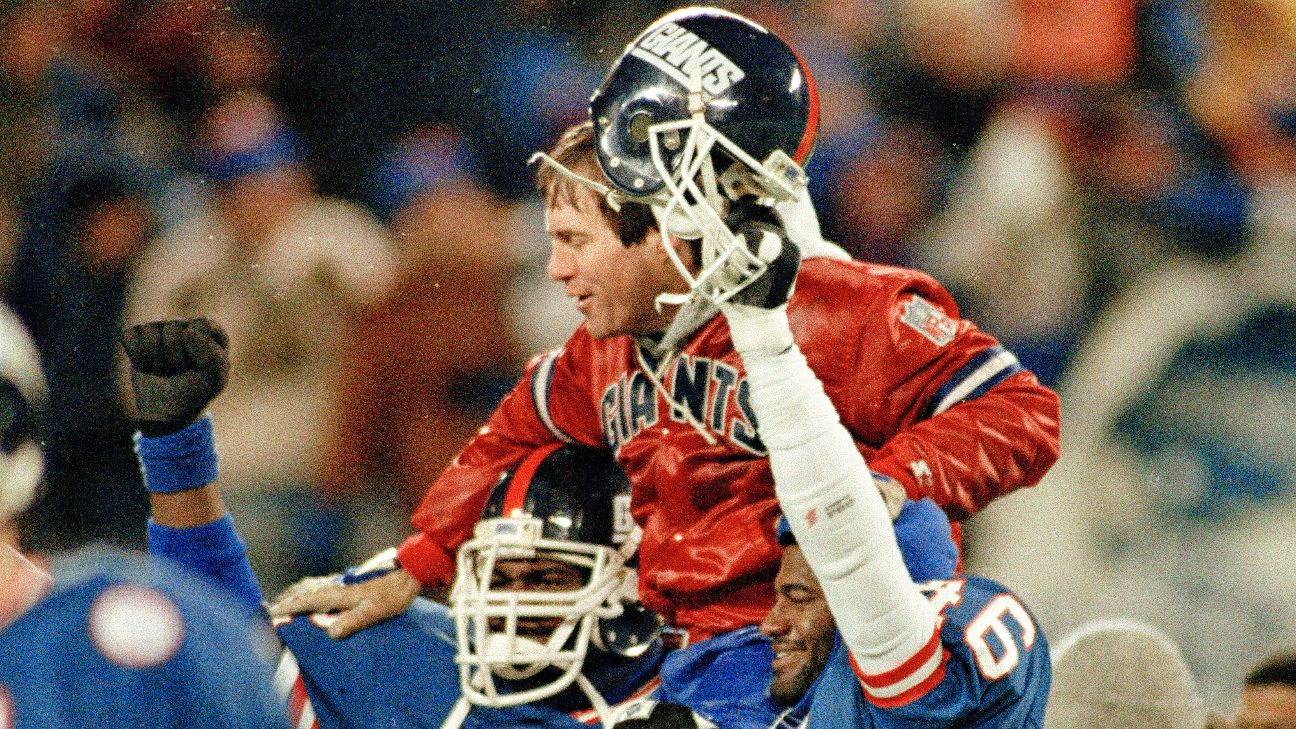 FOXBOROUGH, Mass. -- Ask New England Patriots coach Bill Belichick about the New York Giants, and why the organization holds such a special place in NFL history and his heart, and the first words to come out of his mouth are simply, "There's so much history there, you could write a book about that."
It has best-seller potential. Perhaps a fitting title would be: "Bill Belichick: How The Giants Years Provided A Foundation For A Hall of Fame Coaching Career."

In this 100th season of NFL football, and with his Patriots set to host the Giants on Thursday (8:20 p.m. ET, Fox), the longest-tenured and most successful head coach in the game appreciated the topic.

"Thanks for the question," he said.

The response shouldn't be a surprise for those who watched the 2009 NFL Films documentary "A Football Life: Bill Belichick." Belichick, who was on the Giants' coaching staff from 1979 to 1990, became emotional during a visit to the home locker room, meeting rooms and an old racquetball court at Giants Stadium, which was about to be torn down and replaced by MetLife Stadium.

Belichick struggled to come up with words as he said, "I probably wouldn't have thought it would turn out like this. Was just trying to establish my coaching career. Win some games. We won a lot of them here. This is a great organization. It's hard not to get choked up about it. I loved it here. I loved it here."

Those emotions from 10 years ago might be even stronger today, in the league's centennial season, which has led to more reflection.

Belichick, 67 and in his 45th NFL season, explained this week why he views the Giants as football royalty.

"Of course, the Mara family -- single ownership. They've certainly been through all the phases of the league, and not only have done things very professionally and for the good of the game on the field, but present everything well off the field as well -- their family and their organization and just the way they do things," he said.

Occasionally, Belichick will bring up that part of his coaching career with Patriots players.

"When we install things defensively, sometimes we'll see a clip from some of those Giants teams. You talk about rushing the edge and seeing LT [Lawrence Taylor], or playing physical in the secondary, jamming receivers and seeing some of the things they were able to do," veteran safety and longtime Patriots captainDevin McCourtysaid. "Obviously, rules change and all of that, but just understanding how they played the game and how they played some of the defenses we still play today."

Belichick credits Perkins for giving him a coaching breakthrough at age 27 and having "a huge influence on my life and my career." The toughness with which Perkins coached, and how well conditioned his teams were, are trademarks of Belichick's current Patriots teams.

In 1983, when Perkins left to become head coach at Alabama, Bill Parcells was elevated to coach. That was the first season Belichick moved solely to defense, coaching the linebackers and then becoming defensive coordinator in 1985. The Giants became one of best teams in the NFC, winning Super Bowls in 1986 and 1990.

Belichick, whose defensive game plan from the Super Bowl XXV win against the Buffalo Billsis in the Pro Football Hall of Fame, reflected on how the combination of top-notch coaches and players created a special dynamic at that point in his career.

"Just responsibilities that Coach Parcells provided me with, and the leadership that he provided. The players that I learned from there, so many great players on both sides of the ball," he said. "Of course, it was Taylor and [Carl] Banks, go right down the line on defense. But it was also [Mark] Bavaro and Simms and [Phil] McConkey and guys like that on offense, and [Dave] Jennings and [Sean] Landeta in the kicking game.

"Those players had a wealth of knowledge in their area and I learned a lot from them, as well as coaches that were there, like Al [Groh] and Romeo [Crennel], Mike Sweatman, Charlie [Weis]. Jerry Angelo and a lot of other great people in the scouting department taught me a lot and helped me along the way. So those are lifelong friendships."

Such bonds were quietly evident behind the scenes at Gillette Stadium this week, as Groh spent a couple days at the facility. Groh's son, Matt, is a national scout for the Patriots.

Those connections remain for many who were part of those Giants teams, and who watched firsthand what it meant to Belichick.

"He had so much success there, how can you not look back with fond memories? And we all loved him. He basically became a head coach at the Giants," said Bavaro, the team's tight end from 1985 to 1990 whom Belichick had lauded for his legendary practice battles with Taylor and competitive one-on-one matchups with Hall of Famer Reggie White of the Philadelphia Eagles.

"There was something special about those Giant teams. It had been so long since the Giants had won, I think that's one thing a lot of people don't remember. The Giants were basement dwellers for years and years, and all of a sudden in the mid-'80s they rose to the top of the league."

Players carried Belichick on their shoulders after the Giants beat Washington 17-0 in the 1986 NFC Championship Game.

"We had as much reverence for Belichick, coaching-wise, from an offensive perspective as we did our own offensive coordinator, Ron Erhardt, and we knew Parcells was involved," Bavaro said. "Parcells was the main man, but everyone knew Belichick was the co-main man. We relied on him. We were a pretty good offensive team, but the Giants were, no question, a defensive powerhouse.

"I don't think Parcells and Belichick alone could have coached their way to those Super Bowls without the proper guys. Just a great convergence of players and coaches and owners and fans -- one of those special times in sports history that doesn't happen often. And when it happens in New York, I think it's a little more special than other places."

Bavaro, who later followed Belichick to play for Cleveland, said it's natural to wonder what could have been for the Giants if Belichick, rather than Ray Handley, had succeeded Parcells.

"He could have been doing, in New York, what he's done in New England for the past 20 years. Don't think every Giant fan in the world that's of the right age doesn't understand what they missed," Bavaro said.

Belichick, in what could be a fitting ending to any book detailing his time with the Giants, summed it up succinctly.

"It'll always be a big part of my life and my career," he said. 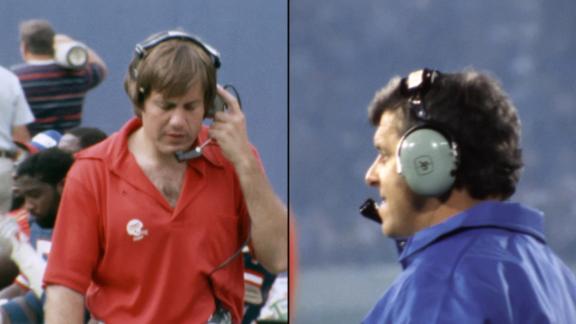